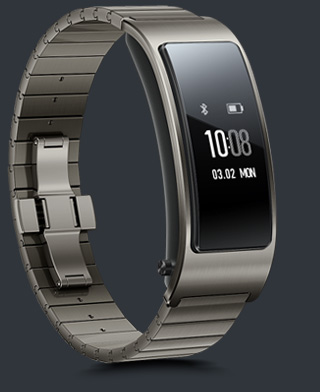 The Huawei TalkBand doesn’t get the same amount of press that many other wearables get but it is a great little wearable that exceeds expectations on most occasions. Now it seems that Huawei are set to announce a new upgraded TalkBand in the coming days.

Overnight Ausdroid’s favourite leaker, Evan Blass revealed a press render of the next TalkBand iteration, the TalkBand B5. Of course, as is often the case with Chinese companies Huawei has skipped the number four and has instead jumped from TalkBank B3 to B5.

The render reveals not only the owners name, Kevin, and the number of steps he has done that day but what is likely to be the announcement date — 9th July (yes, China do it backwards, just like the US). The render also shows a couple of premium bands for the device: a steel and a leather band that can be interchangeable.

The Huawei TalkBand B5 is likely to have all the same functions as it’s predecessors — fitness tracking, double as a Bluetooth earpiece to make and receive calls, alarms, and weather tracking. We also expect it to be waterproof as the TalkBand B3 was IP67 rated.

We have seem all TalkBands arrive in Australia in previous years so we also expect this one to arrive here in the coming months. While not for everyone it has it’s specific uses and those who have used them tend to love them.

Do you own a Huawei TalkBand? Do you ever use it as a Bluetooth earpiece?