Home News and Editorial Samsung: I see your four cameras and raise you a fifth for... Samsung used to always have the best Android camera in their phones but this year they have been smashed in the DxOMark scores by several phones, most notably the Huawei P10 Pro which has three rear cameras.

Overnight Korean website, The Bell, has reported that the Galaxy S10 will arrive with three rear cameras and two front facing cameras. They are stating that their source has said that the third rear camera is a wide-angled camera while the other two cameras on the rear are reported to be the same as in the Galaxy S9+.

The dual front-facing camera is obviously there for better portrait mode images and will apparently include a 16MP and an 8MP camera. 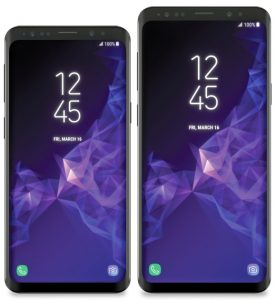 Of course these are all rumours and we are at least six months still from release so all of these could and possibly will change from now until then. If Samsung do include five cameras to the Galaxy S10 party you would hope they do so to improve the quality of the images and not just for marketing purposes.

What do you think? Do you think five cameras is the answer? Remember the Pixel 2 is a great camera smartphone and only has two.

Source: The Bell.
Via: 9to5Google.

‘Sammy used to having the best cameras in Android phones?’ Nope. Last year Pixel 2 and before that Pixel in 2016. They are better than any camera Sammy has made (or Apple for that matter).

I’ll get damn frustrated if I have to switch between lenses repeatedly to try to get the best shot for what I’m looking at. They should be working on making stellar shots out of one lens, not multiple ones.

most notably the Huawei P10 Pro which has three rear cameras….