Home Smart Home and Wearables Around the Home Fortnite is coming to Android TV, with GeForce NOW and Nvidia Shield About three weeks ago we got a nice surprise when we were told that the Nvidia was bringing its Android-TV-powered Shield TV to Australia. Now some even better news is that the Shield TV will be joining the GeForce NOW Beta program.

What’s this mean? The GeForce NOW Beta program allows the user to play PC games that you already own from online streaming game sites (eg. Steam, Uplay etc) to devices such as a Mac and now a Shield TV.

Put simply, with GeForce NOW on the Shield TV, you can load Steam games that you already own onto Nvidia’s servers, where you can stream to your Shield TV.

There are some 250 games that are supported by GeForce NOW, but the biggest news is without doubt that Fortnite is part of the program, and many more games will be supported too once the beta concludes.

At this stage the GeForce, while in Beta, is free for users and pricing post-beta has yet to be announced, but it anticipated the service will use time-based charging. 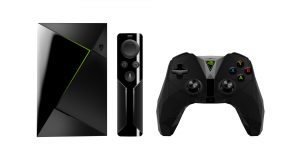 At this stage, GEForce Now is only available to US and European users, but with the Nvidia Shield TV landing on our shores soon, we hope that we will not be left out in the cold.

I know one 9yo who is looking forward to playing Fortnite on a Shield TV. What games would you most like to play on Shield TV (you can find the full list here)? Would this being available here make you look at purchasing one?

Any update on the release date for the Shield in Australia? After the initial announcement there’s been nothing

I’ve been playing Batman Arkham origins on my Shield for a few nights now and it works great! I’m on a 50mbps NBN though.

There is always Creative Destruction for your Fortnite fix on Android. Great game.

Fortnight is already on Android though, right? Or coming to Android?