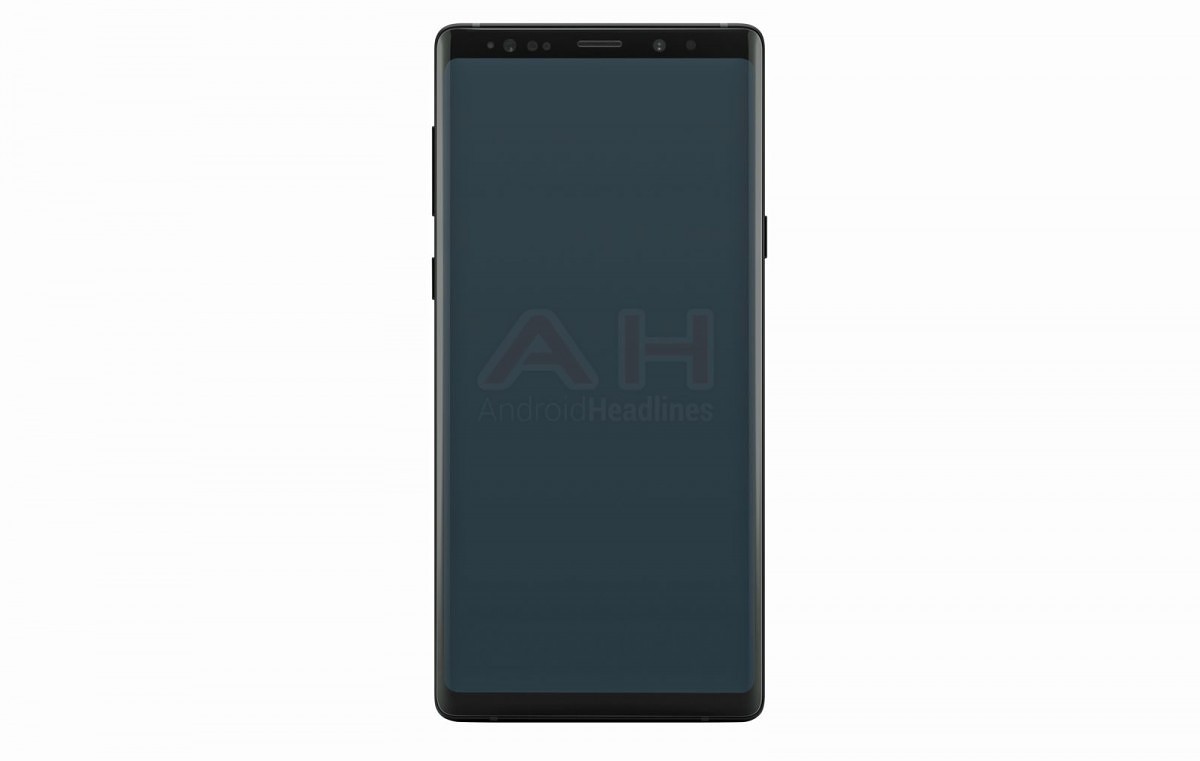 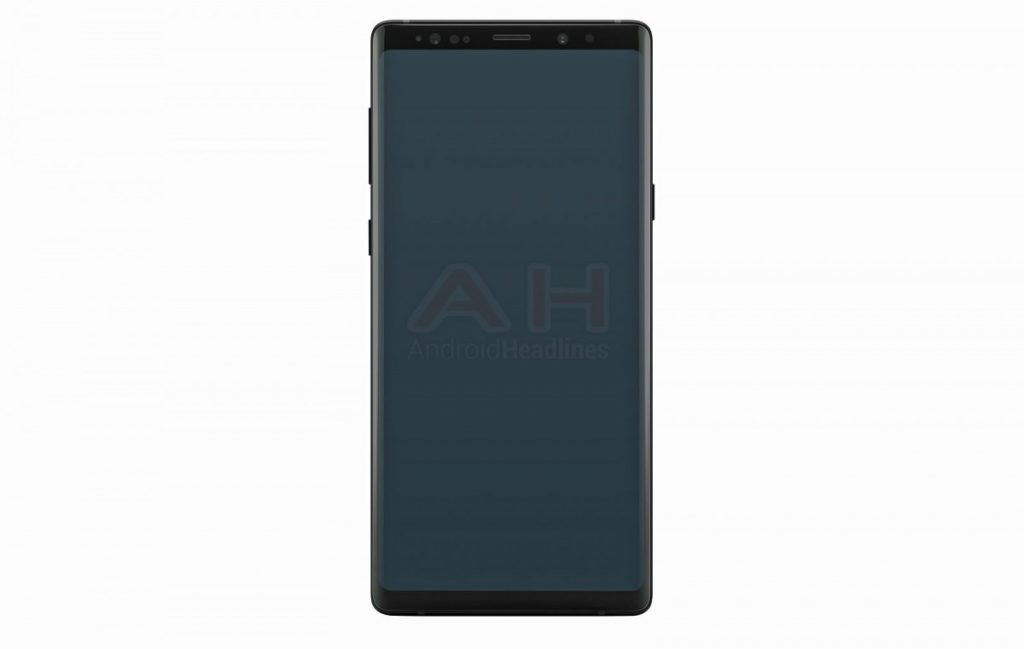 It is but a short few weeks until the Samsung Galaxy Note 9 will be revealed in New York and not surprisingly we are seeing it being leaked fairly thoroughly. Overnight the leaks have continued thanks to an Android Headlines source.

Android Headlines have revealed from a “reliable source” what they believe is an official render from Samsung. The image shows that yes, the Galaxy Note 9 will follow on from previous Galaxy models and their design language, Their Infinity Display will once again be front and centre with a very minimal front bezel and a slightly larger top bezel. There will be no notch with the top bezel housing the sensors and front-facing camera.

The buttons will be in identical locations to the Galaxy Note 8 of last year with the power button on the right and the volume and Bixby buttons on the left. The rear of the device is still not “confirmed” but we expect to see the location of the fingerprint sensor to be moved to beneath the dual rear cameras just as it was for the Galaxy S9 variants.

The display is expected to be 6.4 inches, slightly bigger than the Note 8 which obviously means either smaller bezels or a smaller phone. We think Samsung will prefer the smaller bezels with the larger display but time will tell. The phone will most likely come to Australians with the Exynos 9810 in tow and in a few different colours. Which of the Midnight Black, Coral Blue, Orchid Gray, Teddy Brown, or Titanium Gray we will see is unknown but it would not surprise us if only a couple of these initially landed on our shores.

With the announcement on August 10 (AU time) in New York it is not long until all will be revealed but you can be sure this leak by Android Headlines will not be the last one we see before then. Keep your eyes pinned to Ausdroid as we attempt to cover them all as well as any local information as it comes to hand.

Kinda boring, looks identical, there might be an incremental spec bump.

Not sure what else can they do other than incremental changes, unless there is a major breakthrough in the industry. Most changes is in the cloud side not on the front facing hardware’s.

I’m curious to know the battery life since no point if jamming more sensors but it turns dead before the end of the day.

Samsung shouldn’t filling up its phones with its apps, S Health is probably the only app worth having. If it has cloud based interface to access from desktop, would be great and more practical to use.