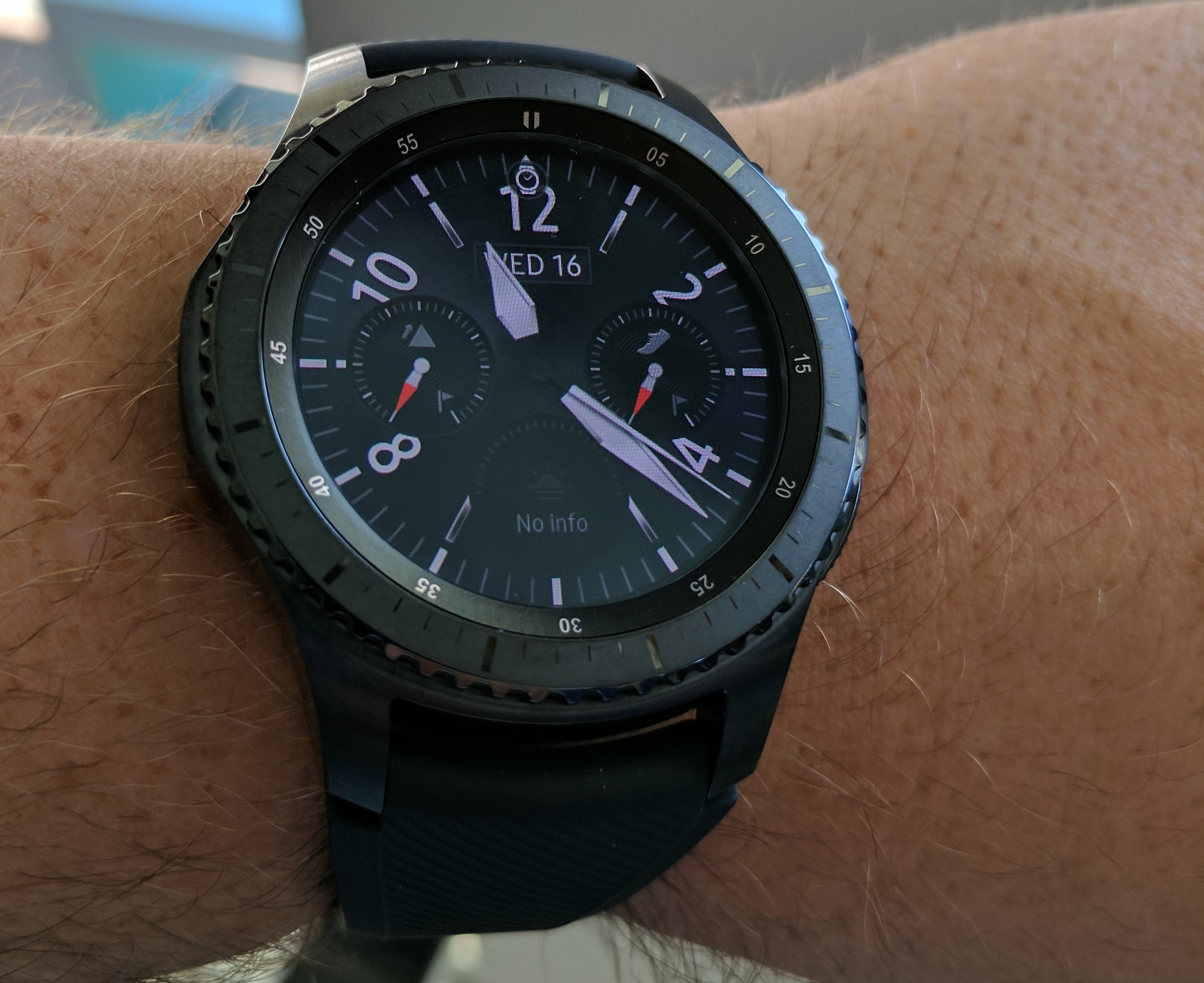 Rumours are swirling that Samsung will be announcing a new smartwatch soon, and the most interesting rumour we’ve seen is that it might mark a return to Google’s Wear OS instead of Samsung’s own Tizen.

I’m fairly comfortable in saying that Samsung’s wearables are amongst the best out there. Though Tizen is .. interesting .. it works well, and doesn’t suffer from many of the issues that Wear OS has (including lag, and general OS bugs).

Naming is always a bit up in the air until its announced, but filings with the Korean Intellectual Property Office indicate that the upcoming smartwatch will most likely be called the Galaxy Watch. This use of the word Galaxy – which has been almost exclusively reserved for Samsung’s Android devices – is interesting, meaning that Samsung could be exploring Wear OS for its next watch. Separate rumours speak of an updated Gear S4 instead, featuring Bixby built in. If that’s the case, it likely won’t be Wear OS, as it seems distinctly unlikely that Samsung would be able to leverage its voice assistant onto Wear OS, supplanting Google’s own Assistant. I can’t imagine Google would be too happy with that.

It’s also possible that Samsung is planning two upcoming watches – a Galaxy Watch featuring Wear OS and Gear S4 running Tizen. However, to me, this doesn’t make a huge amount of sense – wearables are a bit of a hit and miss proposition, and while Samsung can afford to make two watches and have one (or both) flop in sales… it doesn’t seem like a smart strategy.

My money says the Gear S4 might actually just be released with the Galaxy Watch name. As to which OS it will run, there’s good arguments for Tizen and Wear OS … but knowing Samsung, I suspect that Tizen might be the option they go with. Wear OS has matured, to be sure, but Tizen’s platform has too and it gives Samsung much more leverage to include its own technology such as Bixby.

I’ll be proven right (or, probably wrong) in a few weeks; Samsung typically announces new wearables at IFA (which is coming up at the end of August), though it could go early and announce one (or two?) wearables alongside the rumoured Galaxy Note 9 next month in New York.