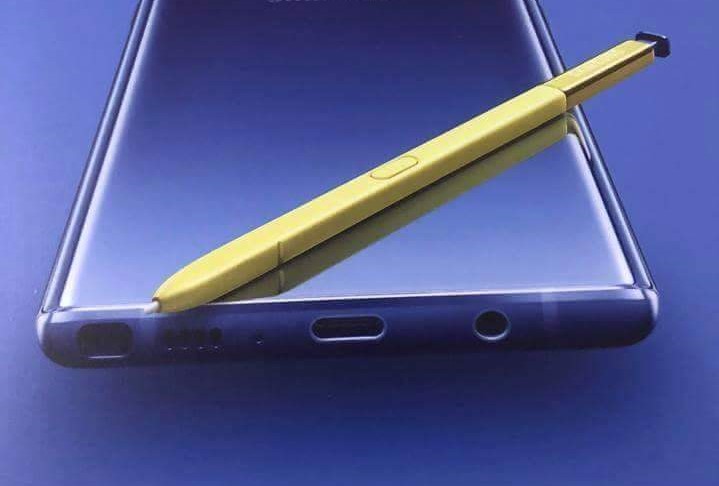 What you’re seeing above is an indigo/purple coloured Galaxy Note 9, with a gold/yellow S Pen,and it looks great. I’m not sure this combination will actually be on sale together, but one certainly hopes! This image was shared on Twitter last night but there was precious little detail to accompany it … though from the looks of the image (if you view it in full crop) it looks like it has come from some advertising collateral.

In other Note 9 news, the upcoming phone has passed through Chinese telecommunications regulator TENAA. There’s not an awful lot of information there, except to confirm a variant of the Note 9 will feature a 4,000 mAh battery and while fast charging won’t be changing, a new wireless charger with 12V input (instead of 9V in the Note 8) will be released. This should translate to more power being transmitted to the device, so we might see a form of faster wireless charging.

With the launch even just over three weeks away, all will soon be revealed.