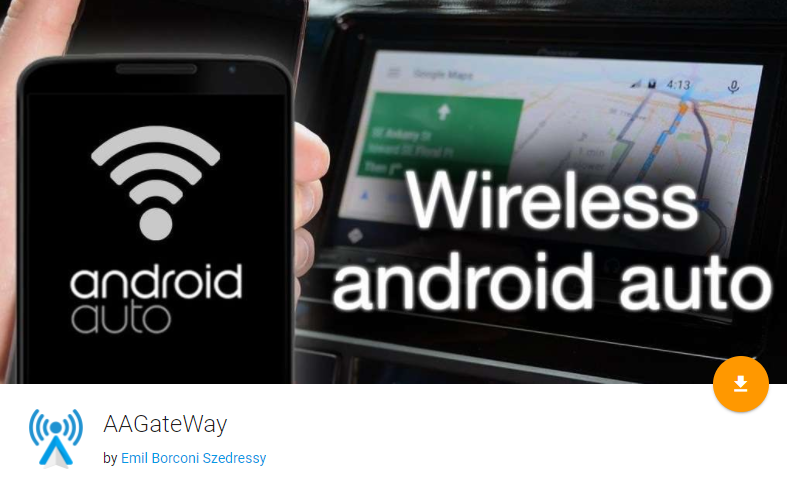 Just a week ago we reported on a breakthrough “hack” from a developer at XDA which allowed everyone with an Android Auto headunit to be able to use Android Auto wirelessly. Now the app for it has been released by the developer, Emil Borconi.

As you may have read the other day Emil’s approach to wireless Android Auto uses a secondary device, whether it be a cheap Android TV stick or an old phone, to act as a proxy or gateway and fulfill the role of a Wi-Fi antenna. The app has been released, as promised by Emil but is in alpha stage so in this instance buyer beware — there may be bugs.

To get the app itself you will need to download XDA Labs and install Emil’s AAGateway app. There will be a Google Play version once the app hits stable. There is a cost of USD$0.99 for the app which is but a drop in the ocean considering how useful this could well be.


Over at the XDA thread there is a list of instructions of how to install the app and get it working on your device and headunit. There are three options of how to set up wireless Android Auto, Emil’s way.

For specific details of each option head on over to the XDA thread and read the instructions thoroughly. There are four steps in common with all of the options:

From here you follow the connection instructions which is, in a basic form, creating a Wifi hotspot on your phone and then making sure the Android Auto headunit server is running on the master phone (Android Auto app needs to be in developer mode — see XDA instructions).

It is possible that there may be a Tasker profile to automate all of this in the near future. In the future Emil also thinks it may be possible to use Wi-Fi Direct for this connection but just not yet. If you want to have a look at the source code yourself it is up on Github where you can also build the app yourself.

I intend to test out all of these options later tonight but feel free to have a go first yourself and let us know how you go. Head over to the XDA thread and check it out.

Wireless Android Auto for all!

***UPDATE*** Tested with a Nokia 1 as the slave/proxy device connected to a Kenwood DDX9018dabs. So far the app works great so far: there is a small amount of lag but only a small amount. Considering the app is in alpha this is a great start. Next is to test the app on the cheap Android TV stick I purchased when I have more time (setup is more involved).

Got a suggestion for a tv stick?

Ive had bad luck with them previously for other hacks

I tried this out tonight with a Nokia 1 as well. Set it up out of the box, paired it to my Huawei’s wifi hotspot. Installed the aagateway app on the Nokia. Went to the car, restarted both phones to make sure everything was nice and clean. Plugged Nokia into the car and it popped up aagateway. I hit always. It sat there running. Went to the Huawei, turned on wifi hotspot and then opened Android auto to start the headunit server. Within a second or two, Android Auto popped up on the car head unit and we were off.… Read more »

Do you need the proxy device where the car has a built in wifi hotspot?

yes. the proxy needs to run the AAGateway app.