Home News and Editorial The Android Blob emoji are back in the form of a GIF... 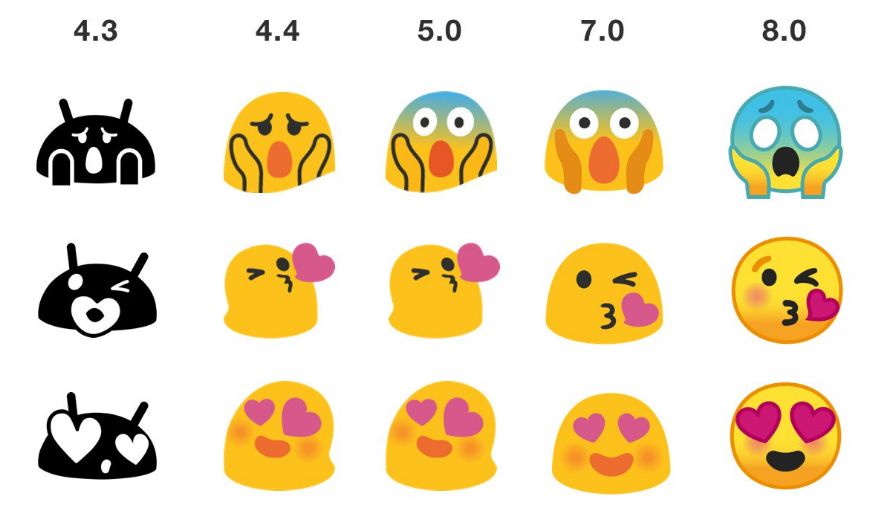 We all lament the loss of our cute, fat little blob emoji, but they’re not coming back and Google is moving on. They’re back though, at least in the form of a sticker pack for Gboard.

The sticker pack has been released for Gboard as part of the celebration of World Emoji Day – that was yesterday for those of us playing at home here in Australia. The announcement was made by Google as part of an update to Gboard, so if your Gboard Google Keyboard is up to date, then you should have them in the sticker section.

The blobs are back, baby! Have a #WorldEmojiDay treat with new animated blob emoji stickers on Android Messages and #Gboard.

While cute, the emoji in Android and Google products have come a long way and that’s thanks to Google’s head of emoji design, Jennifer Daniel. Ms Daniel has spoken about her job on the Google Keyword blog as part of their ‘The She Word’ series is a Keyword series, a showcase of powerful, dynamic and creative women at Google. The blog talks about her life, influences and design background, as well as her work with emoji at Google where she talks about the way the emoji are designed

As a principle, we want to create images that are iconic and timeless. Stylistically,the more abstract an emoji is, the more you can project yourself onto it. On the flip side, the more detail a drawing has, the more people fixate on how real or accurate it is. Taking detail away from an emoji can offer more opportunity for interpretation and personality, making emoji an extension of your own. I prefer to think of Google’s emoji like words—keep them as abstract as possible.

If you’ve been missing these cute little emoji, then bring them back and start flinging them around in your chats now.