Home News and Editorial Samsung Galaxy Watch, running Tizen, and a Bixby speaker could be announced... Everyone knows the Samsung Galaxy Note 9 is coming in a few weeks. Everyone also knows that a Galaxy Watch from Samsung is also on the way but no one knows for sure when. Some may know of a Bixby-powered smart speaker in production but it’s announcement is not spoken of, until now.
Overnight we have heard rumours surrounding all of these devices, and the rumours all point towards an announcement alongside (or nearby) the Galaxy Note 9.

The Galaxy Watch has been rumoured to run Wear OS (Android Wear) but a report from ZDNet and Sammobile point towards the smartwatch running Tizen 4.0 out of the box. Tizen 4.0 apparently has a focus on IoT and has a heap of new voice activations so it would not be a surprise to see Bixby added to the smartwatch. The smartwatch will apparently once again come in two different designs including different sizes and functionality. 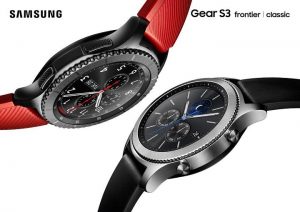 Overnight we also saw the Wall Street Journal reporting that the rumoured Bixby speaker which has gone missing for quite a while is also set to be revealed in the next few weeks. The speaker, codenamed Lux, is apparently a spherical shape with legs on the bottom and light on the top. It is expected to cost around the US$300 making it, most likely, a high end speaker. Once again a revealing in the next few weeks puts in right alongside the Galaxy Note 9 announcement.

The Galaxy Watch is rumoured to be released on August 24 which make an announcement in New York in August alongside the Galaxy Note 9 likely. While it seems strange that Samsung could be diluting each announcement by doing them all at once it is thought that having them announced together shows their ecosystem and how well it functions with different devices.

Yet more reasons to keep an eye on the New York announcement on August 10 (AEST). Ausdroid will of course be covering everything announced and revealed in New York as well as providing local release details as soon as they come to hand.