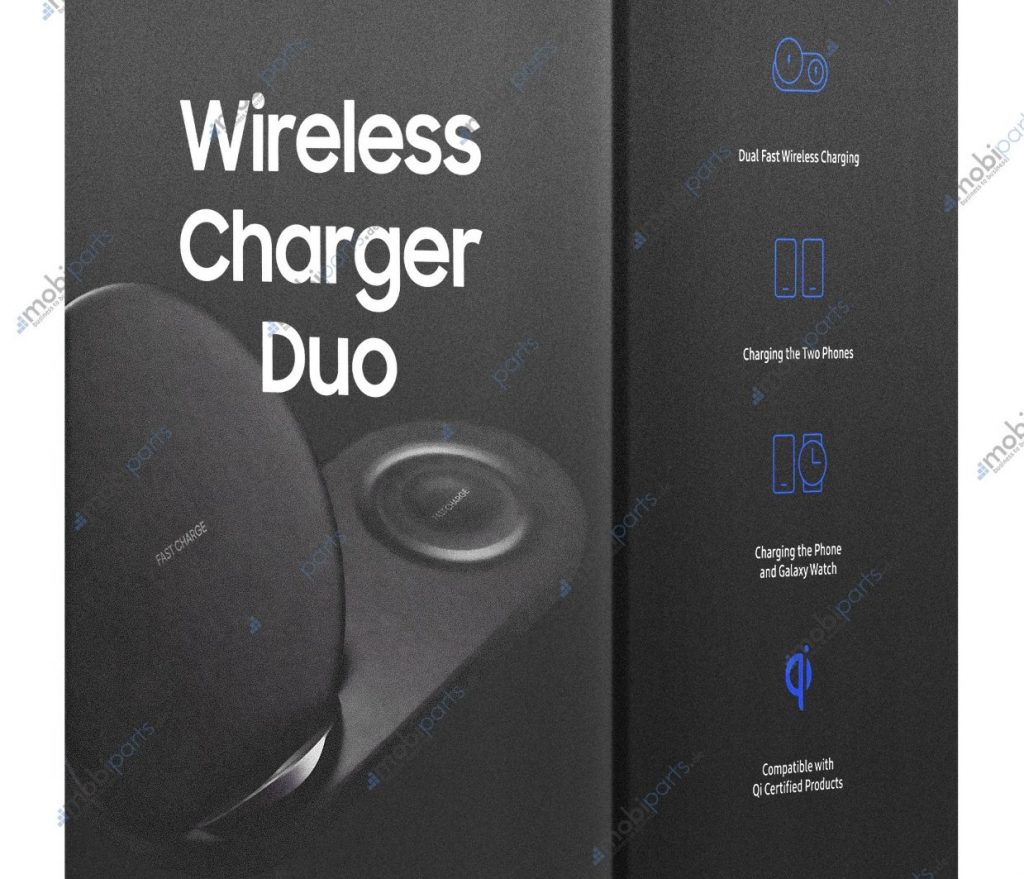 The other piece of news overnight indirectly gives us a bit of information about makes the launch of the Galaxy Watch. If this leaked box image is to be believed, the Samsung fast wireless charger we saw through the FCC a few weeks ago is in fact a dual charger, designed to charge both the Galaxy Note 9, and the rumoured Galaxy Watch alongside.

We had assumed that perhaps the Galaxy Watch would launch a bit after the Galaxy Note 9, perhaps at IFA this year. However, this dual charger suggests a different strategy – bear with me. Almost certainly, this charger – if it isn’t a creative mock-up – will be announced in the accessory range alongside the Note 9. It stands to reason, then, that you don’t announce products that are designed for unannounced other products. Therefore, a Galaxy Watch announcement alongside the Note 9 makes an awful lot of sense.

This is the Samsung Wireless Charger Duo (EP-N6100) for the Galaxy Note 9. Charges the Galaxy Watch alongside the phone. pic.twitter.com/VnP10xAhvb

The design looks strikingly similar to many dual-charging solutions for Apple’s iPhone and Watch, though it’s notable that they’re not first party products; Apple don’t make these, leaving it to 3rd party manufacturers.

Whether the Galaxy Watch launches at the Unpacked Note 9 event, or later at IFA 2018, one thing is becoming quite clear; Samsung Galaxy Watch looks likely to overshadow the Note 9 announcement.

Wireless charging was around years ago (think of the Google Nexus 5 phone). Then it faded away as consumers were disinterested.

The, last year, Apple introduced wireless charging, and now it seems all the manufacturers are following, just to be like Apple.

But Apple’s wireless charging is far from perfect. It puts more strain on the battery, as it only charges the battery but doesn’t provide direct power to the phone. The result is more battery cycles are used, shortening the battery life, and the device life.

You mention Apple’s way of wireless charging, how does it compare to Samsung? is it the same way?

Apple was quite late in the game. Samsung has been offering wireless charging for a while.

I had the Nexus 4 & 6, both with wireless charging. I barely charged wirelessly as it was slow but my great concern was heat. Both devices became alarmingly hot when charging wirelessly, to the degree that I was seriously concerned about damage. I stopped doing it.

I wonder if you or any other readers have experienced the same issue.

I have a Pixel 2 XL now so the issue no longer arises.