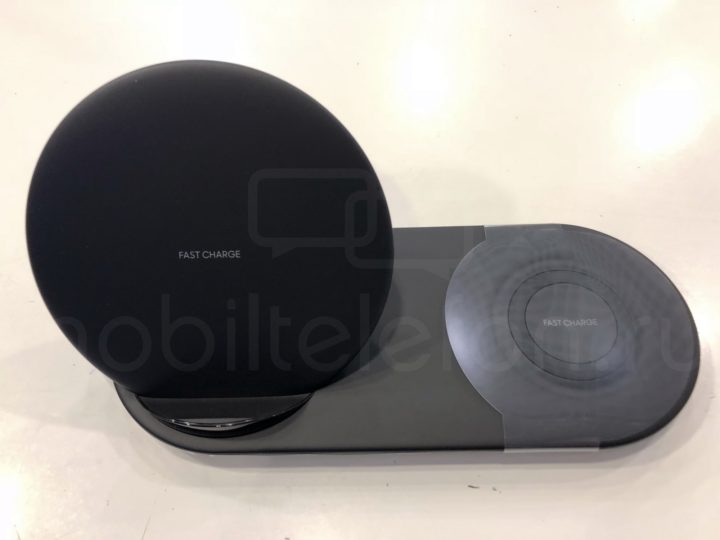 Just over a week ago we saw some pictures of a Samsung Wireless Duo charger leak, set to charge not just a phone but also likely a smartwatch. Today we have seen it appear in store in Russia and of course there are images accompanying the leak.

Overnight Sammobile found some images of the new Wireless Charger Duo in the wild, and for sale. The images were taken at a store in Russia and include not just photos of the box but photos of the contents of the box. The charger certainly looks like it will be used to charge either two phones (one being the upcoming Galaxy Note 9) or a phone and a smartwatch (Galaxy Watch).


As you can see in the images above the price will be 6,990 rubles which is around the AU$150 mark. While not cheap it is a genuine accessory which always carries a premium price and it can be used to charge two devices.

With just over a week until we see the Galaxy Note 9 announced the anticipation is building. It will be interesting to see what Samsung are able to reveal that we don’t already “know”. We suspect there will be a focus on the S-pen and its functionality.

8 inch tablet, maybe. 10.1 inch, not a chance. even in landscape, that charging stand would overbalance backwards and/or the tablet fall off it backwards.
In the photo of the boxes on the rack of wall hangers, you can see S9+ covers on the wall hangers as well, so those when compared to the box for this charger, give a better idea of the diameter of the main charging pad on this stand.

Ah yes! Thanks, agreed looking at that!