Home News and Editorial Motorola Z3 announced – headed to Verizon in the US with a... 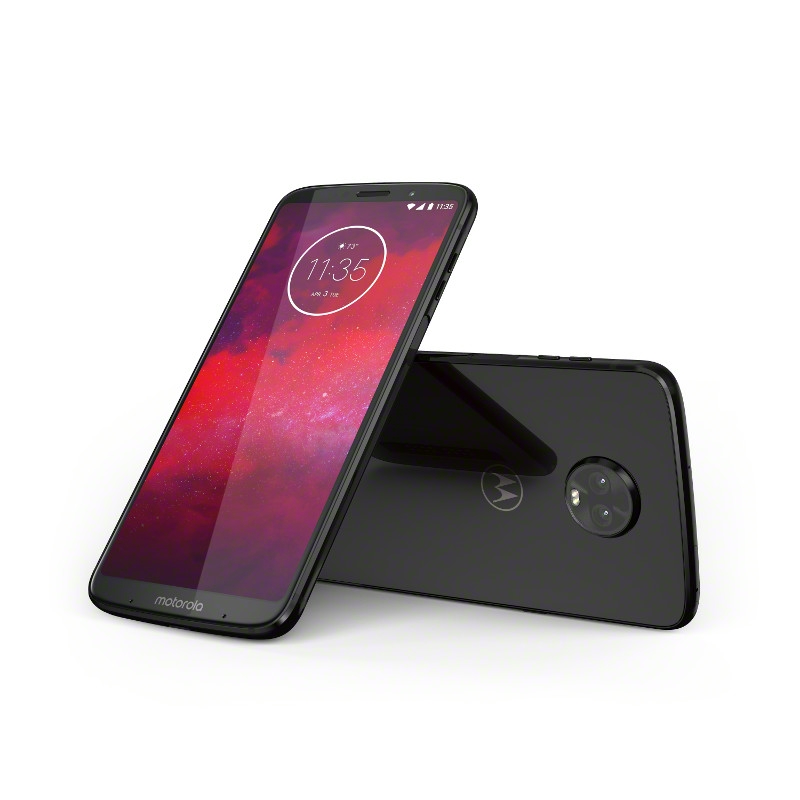 Following on from the launch of the Moto Z3 Play launch in June, Motorola has today unveiled the Moto Z3 alongside a 5G Moto Mod.

The phone features a 6-inch OLED display in a body similar in design to previous Moto Z series phones, though it’s been slimmed down to accommodate an 18:9 aspect ratio. The phone has a glass rear with the pogo pins used for Moto mods and 6000 series aluminium frame, making it light and fairly slick to look at.

Under the hood the phone has a Snapdragon 835 processor, 4GB of RAM and 64GB of on-board storage with a microSD card slot as well. The phone includes a dual 12MP rear camera setup, with one being a black & white sensor, as well as a front-facing 8MP sensor. A 3,000mAh battery keeps the phone going all day and a USB-C port is used for charging. As well as the phone, Motorola has announced a 5G Moto Mod that will allow users to access the Verizon 5G network. The mod is likely specifically tuned for the Verizon network on the 28-GHz band, which would make it incompatible for use here in Australia – though we’re happy to be corrected if Motorola Australia wants to launch it here.

The Moto Z3 and 5G Moto Mod is being launched as an exclusive for US Telco Verizon where the phone will be priced at USD$480 (a shade over AUD$650). Motorola hasn’t announced any plans for international expansion, so it’s unclear if the phone – or the 5G Moto Mod – will ever arrive here in Australia.