What I said recently about the OnePlus 6 rings true with Samsung’s upcoming Galaxy Note 9; it’s not good enough anymore to make a good phone with good features. Samsung knows only too well that a mediocre release simply won’t sell in 2019, and with the bar already set pretty high by the Galaxy S9 series released earlier this year, Samsung has much to prove.

A new S Pen will help, but Samsung needs to do more. Rather fortunately, there appears to be enough coming to get Samsung’s Galaxy Note 9 across the line. Here’s a wrap of the story so far:

Not only did Samsung New Zealand seemingly break their own internal embargo and publish a pre-order page for the upcoming Note 9 before it was even announced, but they went on later in the day to publish a video about the upcoming phone, too:

The video hits the high notes for the launch that Samsung has been teasing listing all day battery life, expandable memory up to 1TB with microSD cards. The new S Pen is also shown, described as ‘All new powerful S Pen’, but no specifics are given.

With the launch a week away on August 10, what else could we possibly see before then? Is there anything left?

Before the launch of the Note 9, the flow of leaks became more of a flood, with a variety of new colours leaked overnight. Evan Blass continues to come up with the goods, showing nice, clear renders of the upcoming Galaxy Note 9 from Samsung:

The boffins at XDA Developers took some details from the Samsung Galaxy Tab S4 and found some new details about how the S Pen will work on the Galaxy Note 9. For example, it appears highly likely that: Samsung Galaxy Note 9 set to be priced around AU$1500, releasing in late August

The phone hasn’t even been announced yet, and we already have likely pricing and availability. Polish site Spider’s Web got their hands on leaked pricing details, with the local pricing coming to approximately $AUD1,565.

We also understand they’re expecting a local retail availability around 24 August, which would be within the typical 1-2 weeks (give or take) of the Unpacked event on August 9.

The upcoming Samsung Galaxy Note 9 appears in the wild

Samsung’s boss DJ Koh himself can’t wait for the Galaxy Note 9 to be released, and has been seen in public using the new device. 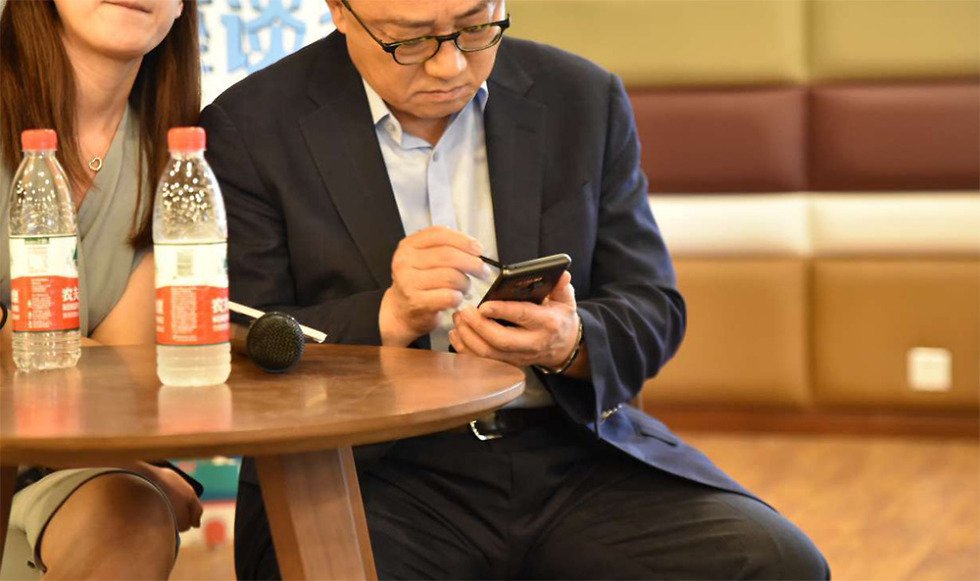 Using the upcoming Galaxy Note 9 while waiting to speak at a media event, Samsung’s Koh gave us our first sneak peak in the flesh, showing off a clearly re-designed Note 9 and – most likely – the new S Pen as well. Of course, photos from a distance don’t show us much, but they do reveal the re-configured camera array and rear fingerprint sensor.

Samsung Galaxy Note 9 – What will we see for specs?

From all the renders and leaks we’ve seen, we can speculate with some confidence as to what the Galaxy Note 9 will look like. For starters, it’s safe to say it will bear more than a passing resemblance to the Galaxy Note 8, just as the Galaxy S9 looked a lot like the Galaxy S8.

Why? Samsung’s on a good formula with its current design and knows it. The renders reveal some changes – such as the arrangement of fingerprint sensor and camera array – but other things remain similar. The infinty display will continue, there’ll b eslim bezels, an all-glass back, and a 3.5mm headphone jack.

Plus there’ll be a huge variety of colours, if all the leaks are to be believed.

What will be inside this beast? Well, based on what we’re seeing in other top-shelf smartphones this year, and with the hardware that’s available today, here’s what we expect to find in the Galaxy Note 9 this year:

What about the S Pen?

Unlike years past, we’re expecting some changes from Samsung in the design and implementation of the S Pen. Rumours have been pretty consistent that the 2018 S Pen will be Bluetooth enabled, and while this means the pen will need to be charged somehow (likely inductive charging within the phone body itself) it may bring some new features along with it.

Beyond just a means to write on the display, the S Pen could be more useful when not in direct contact with the Galaxy Note 9; for example, it could be used as a presentation pointer, a remote trigger for the camera, and even as a means of remote alerts.

With Bluetooth, there really are few limits as to what Samsung could conceivably do here.

When will the Galaxy Note 9 be released?

In just under two weeks, Samsung will hold an Unpacked event in New York City. The event will take place on 9 August 2018, seemingly around noon, meaning that we’ll likely see the event taking place around 1am on 10 August in Australia’s eastern states. Samsung generally moves pretty quickly with retail availability, and we anticipate seeing the Galaxy Note 9 on shelves within a couple of weeks, but definitely before Apple does its next phone release. Samsung likes to get in early.

What will Samsung’s Galaxy Note 9 cost?

Last year, Samsung set a new record for its smartphones, launching the Galaxy Note 8 for an eye-watering $1,499. There’s little reason, given current trends in the smartphone market this year, and Samsung’s performance over the last few years, to believe Samsung will vary far from this price.

Most likely there’ll be an entry-level phone around this price, and the top-end device might well exceed it.

One thing is for sure. This will be Samsung’s best Galaxy Note phone yet — and if rumours are to be believed — it could be one of the last.

The s-pen could be used as…the ignition source!

So could a phone ringing , a timer alarm , an external speaker or any of a dozen other things .

Hopefully it will have an ir remote otherwise it’s still a backwards step from my old lg g5.

Also, I wonder if the Samsung bloatware will be removable, given the recent ruling by EU over Google’s bundling of software…

I dont know that alleged bloatware is even a consideration these days given the amount of storage on devices and the fact you can disable just about everything if you want …… even bixby if that floats your boat . I will admit with my first google device , the ability to delete some stuff that i could not be in my earlier galaxy models felt really empowering for the novelty period of about one day , but the vanilla bare bones software very quickly found me bored and looking for some more bloatware and fully featured software to replace… Read more »