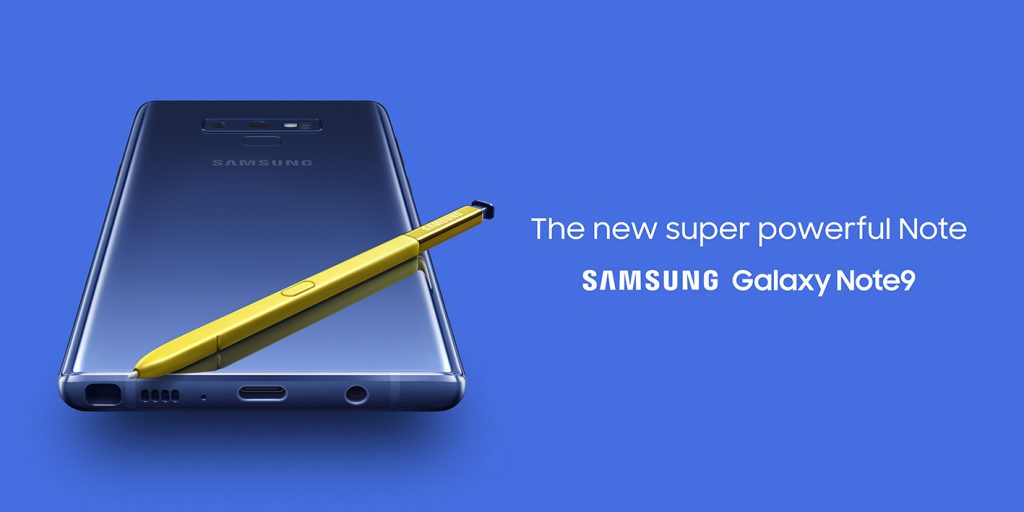 Samsung has finally unveiled their latest flagship handset, the Galaxy Note9 and it’s quite an attractive device. The handset has a bunch of great hardware, and it’s going up for pre-order today ahead of going on-sale officially in Australia on August 24th.

Samsung has announced pricing for the handset, with the 6GB RAM/128GB Storage model priced at $1,499, while the more premium model with 8GB RAM/512GB of Storage is priced at $,1799. The phone will be available in three colours in Australia with Midnight Black and Ocean Blue available for general sale, while the Metallic Copper option will be on-sale from ‘selected retailers’.

Samsung has also advised a special pre-order bonus with selected retailers that will let you purchase the 8GB RAM/512GB Storage model for the same price of the 6GB/128GB model. The details on which retailers will be offering this deal can be found at samsung.com/au/note9-offer/terms/.

So, the big question for many people is where will they be able to purchase the phone? The carrier deals are rolling in now, and here’s what we’ve got:

In terms of where you’ll be able to buy the Galaxy Note9, as usual they’ll be everywhere. Samsung has listed the official Australia Stockists as:

We’ll update with links to the pages as they go live, but there is of course going to be a bunch of grey importers, as well as smaller stores offering the Galaxy Note9 for sale. If you see it, drop a link in the comments below. JB Hifi has opened up their pre-orders again offering the storage update from 128GB to 512GB for anyone pre-ordering before August 23. The phone is being sold for RRP $1,499 in Metallic Copper, Ocean Blue and Midnight Black.

To check out JB Hifi’s offerings head over to their website. To check out The Good Guys Note9 deals head over to their website. If your preferred retailer is Harvey Norman, then you can also choose to grab the phone in either 128GB or 512GB storage options in Metallic Copper, Ocean Blue and Midnight Black from Harvey Norman. They’re offering the same storage update bonus for pre-orders placed before August 24th, updating you to the 512GB model for no charge.

If you want to check out the range at Harvey Norman you can head over there now. I like Bing Lee, so goes their ad-copy and if you like them too you can head over to Bing Lee to pre-order your Galaxy Note 9 in Metallic Copper, Ocean Blue and Midnight Black from Bing Lee.

If you want to check out the pre-orders from Bing Lee, they’re live now on the Bing Lee website.

As you’d expect, the Galaxy Note 9 is going to all three Australian carriers. It appears that none of the carriers will be offering an exclusive on the Metallic Copper colour option, so if you’re in the market for that one it’s going to have to be from one of the retail outlets.

Vodafone will be offering both the Midnight Black and the Ocean Blue colours of the Note9 in both 128GB and 512GB storage options on their network, but are advising that their customers can get the Samsung Galaxy Note 9 512GB for the price of a 128GB if you order with a Red or Red Plus Plan before 23 August. The prices are in-line with the RRP and Vodafone offers a number of payment terms over 12, 24 or 36 months with Vodafone’s signature no lock-in contract. Optus too has this morning opened pre-orders for the Samsung Galaxy Note9 in both Midnight Black and Ocean Blue in both 128GB or 512GB storage optiosn. Optus is offering the memory upgrade bonus to customers who pre-order the Note9 on selected plans before the 23rd of August.

Optus is offering both My Plan Flex (Leasing) or My Plan Plus options to get your hands on the Galaxy Note9. Optus’ plans start at $85 for a leasing plan which includes 2GB of data, and range up to a $145 per month plan including 200GB of data, or you can check out their more standard 24 month contracts: My Plan Plus which starts from $95 which includes 2GB of data and also ranges up to $145 for 200GB of data.

You can check out all the deals My Plan Plus and My Plan Flex details on the Optus website. Telstra has also opened up pre-orders for the Samsung Galaxy Note9 this morning offering two colours – Midnight Black and Ocean Blue – as well as two memory variants – 128GB and 512GB.

Telstra is going the extra mile for their pre-order bonus offering customers who pre-order the phone between now and the 23rd of August the same memory upgrade from 128GB to 512GB, as well as offering a bonus Samsung Tab A 8.0 (2017), RRP $456. Leasing on a 24 Month plan: To check out all the Telstra deals, you can head over to their Galaxy Note9 pre-order page now.

FYI it looks like JB want $7 for delivery, but Good Guys and OfficeWorks will deliver for free

btw this is delivery to North Sydney, so very metro. Further out deliveries may cost…

Any idea who will sell the single sim and who will ship hybrid (dual) sim?

I noticed when looking Samsung website that when buying direct from Samsung the only option is Hybrid which is cool. Having dual sim when travelling is super handy. With 512 GB no need to bother with microsd card.

I’m thinking Optus offers look the best but not sure which sim tray it will have.

Hi Gary,
If you check more closely, NONE of the Telco versions support dual sim.
Checking on that page, check the last 3 letters.
OPS = Optus
TEL = Telstra
VAU = Vodafone Australia.
According to that table, none of them support hybrid.
The ones ending in XSA are the hybrid and will be sold by the independants.
Maybe a firmware update? Not sure, but that is what it seems like at the moment.