As a result of the frustration of not being able to access the new Digital Wellbeing dashboard – as well as other ‘hidden’ apps – from his app drawer, Australian developer Chris Lacy has solved the problem fairly quickly with a new app called ‘Pixel Shortcuts’.

The app is simple (and free) and solves this one problem. As well as the Digital Wellbeing dashboard, the app can also give you shortcuts to other ‘hidden’ apps installed on your phone as well including Pixel Launcher, Samsung Experience Home and Stock Android launcher.

Once installed, you can then see the apps that are hidden and then hit a toggle to keep a shortcut to the apps in your app drawer – or add them as a home screen shortcut.

It’s an ingenious solution to a problem a lot of people have come across and it’s now installed on my Pixel, maybe you should try it on yours. 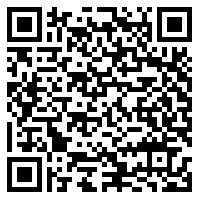