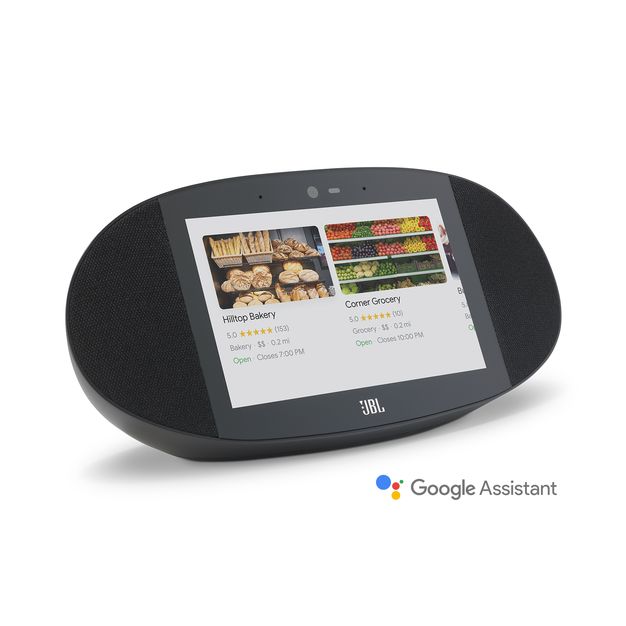 The slow rollout of Google Assistant powered Smart Displays is frustrating for us here in Australia, but we’ll soon be able to get a hold of one with JBL announcing their Link View Smart Display will be available here soon.

The JBL Link View Smart Display is a Google Assistant powered device, much like the Lenovo Smart Displays which recently went on-sale in the US and are also due to arrive in Australia later this year. They provide a visual aspect to Google Assistant giving you the option to see the weather forecast, your calendar and more, as well as watch YouTube Videos, see cooking demos and lots more.

The JBL Link View Smart Displays include an 8-inch HD resolution display with a 5MP front-facing camera for video conferencing calls through Google Duo. The Link View is splash proof with an IPX4 rating, so a place in the kitchen would be handy. The display includes dual band 802.11b/g/n/ac Wi-Fi, Bluetooth 4.2 and includes dual a 2″ driver offering 2x10W RMS of sound tuned by JBL, a step up from the Lenovo model which has a single speaker.

All of the announced Smart Displays – including the LG WK9 which won’t be coming to Australia – include a physical switch for covering the camera and muting the mic in one fell swoop, allowing for easier access to privacy.

There’s been no announcement of pricing for the JBL Link View in Australia, but it’s available to pre-oder in the US for $249USD and ships out on September 3rd. As soon as we hear more details about an Australian launch we’ll let you know. To check it out for yourself you can see it on the JBL US website here.

The release date of “late October at this stage,” sounds like it’s not yet definite, and may be delayed until November. But it will be a good device when it finally arrives. I want one.

Is there any news from LG about their WK9 Smart Display?

The JBL looks more elegant, and will have better sound (important, as these devices will be used to listen to content.) But who knows, the LG might be cheaper, if that’s what you want.

Drat.
I was hoping there might have been a more positive update.

Can I not just put a tablet on a stand instead?

If you had an Android stereo speaker dock, and your device fully supports Google Assistant, then yes, your idea might work.

It’s different to a tablet. It’s more like a Google Home. You give it voice commands. Turn appliances on and off. Do voice searches and get visual feedback. Play content. Voice is the primary input, so it’ll behave differently to a tablet. It runs Google’s Internet of Things (IoT) OS.

Does muting the mic also stop the google assistant hearing commands ? Shouldn’t there be a cover and a switch. Just a thought.