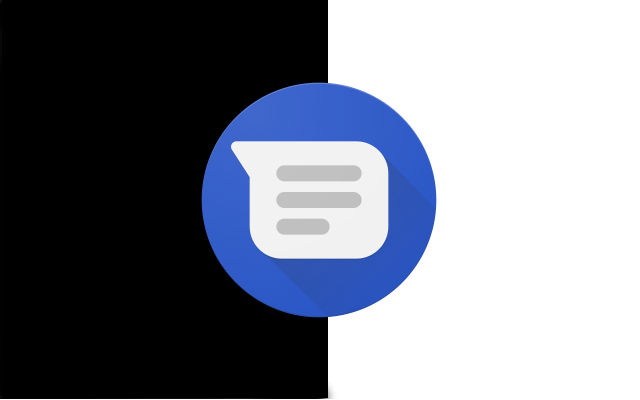 Update: It’s been pulled.
For those of us who prefer not to be blinded with a stark white light when looking at our phones it’s finally happened. Google has implemented Dark Mode in Android Messages.

The update to Android Messages is rolling out from today in version 3.5.048 with the toggle for Dark Mode easy to find in the three dot menu.

Once Dark Mode is enabled, you’ll notice it’s not completely black, but a rather dark grey, with bubbles from your messaging partner in a slightly lighter shade of grey, while your bubble is in Blue. The Blue isn’t ideal, but as a whole, the colour choice is far better than the stark white we’re used to.

The update is heading out today, so if you see a notification for it in Google Play, make sure you try it out.

Update:
We’ve seen the promised land but for some reason it appears that Google has pulled the update. For many users the Dark Mode option has now disappeared, leaving them back in a stark white hellscape. It’s apparently a server side switch, so if you had it, you’ll find it’s likely now gone. Still, it shows Google is working on it and we can’t wait for it to be live again.

The update has been pulled. I was enjoying all that white..

I got the update, changed it to dark looked awesome then just like this its gone

On Oreo 8.1, GMT +10 time, at 8.45pm no update available yet in playstore. Curious if the dark theme is applicable to all devices or not

I received the update today however it still looks the same….. No option for dark theme and I still have the different colours for different contacts…

Restart your phone and the app. If that doesn’t work clear the cache and storage

You realise the irony of this article when your site is all white right?

Oh, I know it. If I had my way the world would be dark themed.

Hey Daniel,
Is this update rolling out for all Android OS or just 8 and above?
😀