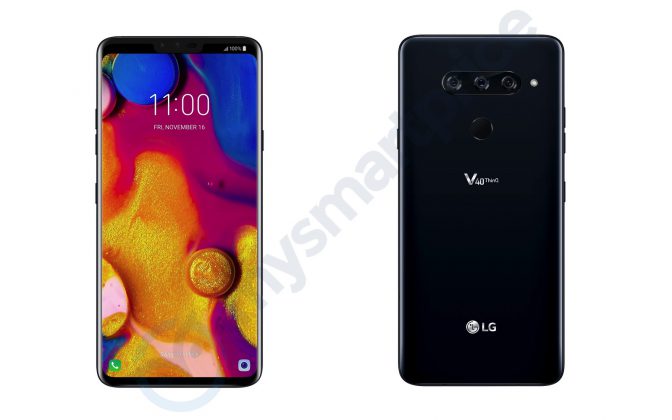 LG is looking to get another hit on their hands with their next flagship smartphone launch, and it’s almost that time of year again when LG unveils their next V-series handset. The V40 has leaked out showing off a triple rear camera array and yes, there’s a notch in the screen.

The leak, courtesy of MySmartPrice, shows press renders of the phone from all angles. The front and back of the phone are obviously the most interesting with the notch on the display partially hidden with the notification bar turned black, but if you zoom right in you can see it clearly. The triple rear camera array is almost expected now that Huawei had such a hit with the P20 Pro allowing them to really hit some new highs with their photography. There’s no info on the specs for the cameras, but given LG’s fondness for wide-angle cameras you can expect at least one to offer that, perhaps a telephoto option or black and white for the third sensor. 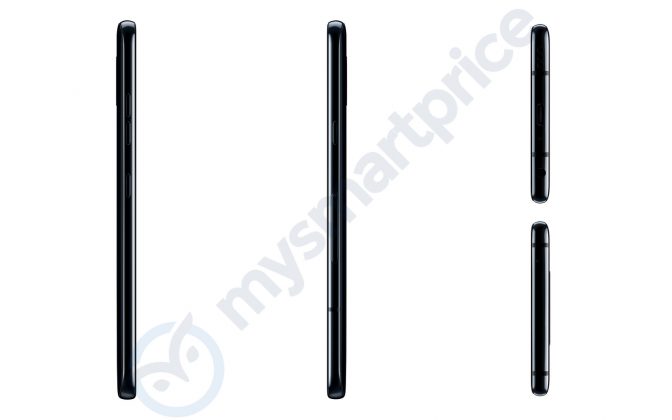 The only other hint we can glean from the render is that the phone could possibly be announced on November 16th – the date on the display.

asking for a, uh, friend… what do all these extra cameras do anyway?

The twin screen V10 & V20 had a notch of sorts just set to one side rather than in the middle. I found the V20s twin screen surprisingly useful.

I believe V20 is one of a kind phone… it’s got all the features I wished for in a smartphone, sad that we won’t see anything like it ever again. GOOD: Removable Battery, Large Screen, Strong build (have dropped it many times), Surprisingly useful second screen (love those popup notifications being on a different screen and not covering the main area, love the extra buttons in camera/voice recorder etc…), very capable camera. BAD: Display degrade/retention over time, poor heat management (they cheaped out on thermal paste, NEVER CHEAPOUT ON THERMAL PASTE), unpredictable battery life (1 day I get 6 hours… Read more »

Agreed with all your points, the only other negative I’ve found is the reception can be weak compared to other phones it’s only ever really been a problem regionally though.