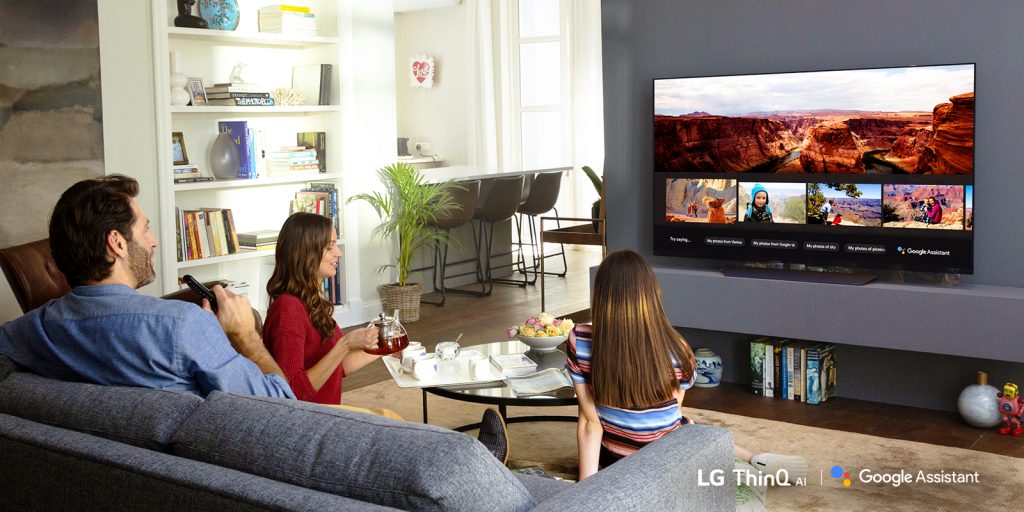 LG have been making smart TVs for quite a while now and although they have decided to pass up Google’s Android TV in favour of their own WebOS they are bringing Google Assistant to their TVs.

LG announced at CES 2018 that they would be bringing Google Assistant to their WebOS-based AI ThinQ TVs. It landed in the US in the second quarter of this year and now they have announced that it will be making its way to seven more markets in the fourth quarter of this year. The markets announced today are Australia, Canada, France, Germany, South Korea, Spain and the UK. As you would expect with such varying markets Google Assistant on the LG Tvs will support up to five languages.

The Google Assistant on the LG TV can be used to control your smart home devices such as vacuum cleaners, thermostats and lights. Customers in Australia can already connect Google Home devices to LG AI-enabled TVs to send voice commands directly from their smart speakers to the TV.

LG’s vision is to become a major name in all things AI based on our philosophy of open platform, open partnership and open connectivity. Beyond the picture quality that LG’s premium TVs deliver, the Google Assistant offers even more consumers a new level of intelligence in the home, aligned with LG’s mission to improve the daily lives of its customers through forward-thinking technology.Brian Kwon, President of LG Home Entertainment Company

Along with Google Assistant, Australians and Canadians will also gain Amazon Alexa compatibility.

The update will be rolling out in the coming months to those compatible 2018 LG TVs. If you own one of these keep an eye out for an update and let us know what you think of it once it arrives.