At IFA this week, a number of new phones are expected to be unveiled, one of which is the new Sony Xperia XZ3. The phone has leaked in a new render which shows minimal change from the XZ2 which launched in Australia in May.

The render, via MySmartPrice, shows that Sony is sticking with the same design as the Xperia XZ2 with a curved rear and centre-mounted single camera sensor above a rear fingerprint reader – which we found to be awkwardly located on the Xperia XZ2 – though they do appear to have moved it down slightly so that may solve some issues. 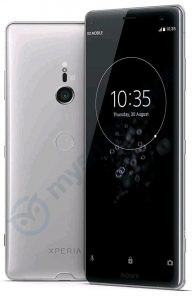 In terms of specs, rumours point to the XZ3 having a 5.7″ FullHD+ display with a Snapdragon 845 processor and 6GB of RAM powering the phone. Options forboth 64GB and 128GB storage are expected, with a microSD card slot likely and power shouldn’t be an issue with a 3,240mAh battery powering the phone.

We’re expecting to see the phone this week at Sony’s press conference, and we’re hopeful that with Android Pie now available that Sony will launch the phone running Android 9.