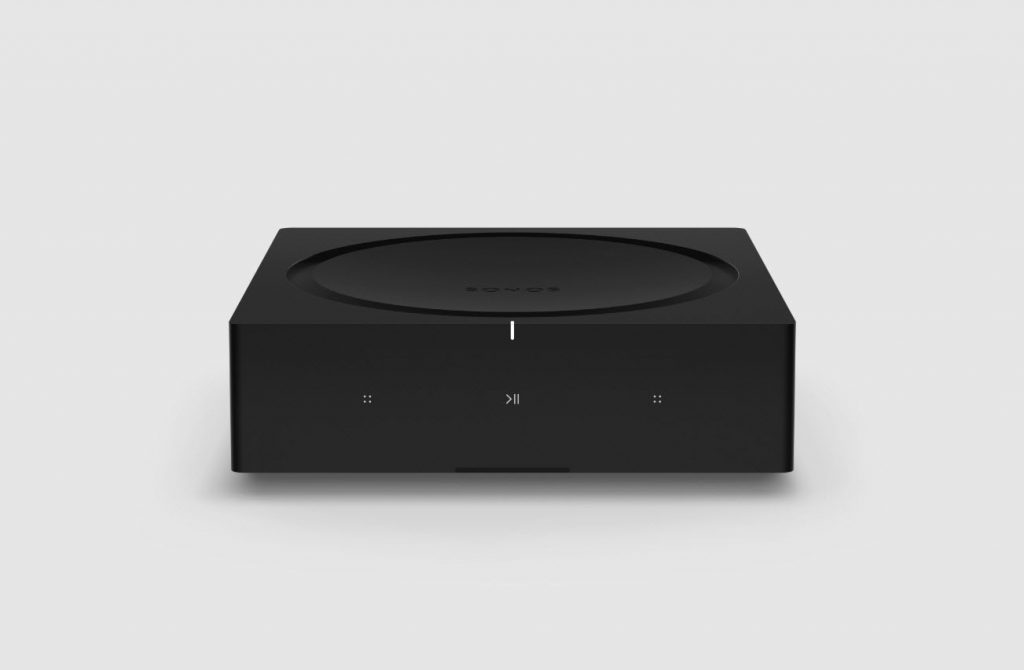 Amp (pictured above) is a $999 product that’s designed to bring audio from practically any source you can throw at it into your Sonos multi-room audio ecosystem. It’s Sonos’ second shot at such a device, and they say that Amp is twice as powerful as its predecessor, Connect:Amp (it certainly has an easier name). It’s got AirPlay 2 support and can also connect to your TV for control via HDMI ARC (similar to how the recently-released Sonos Beam can exert its authority over your TV). It can put music from your Sonos system(s) onto other, non-Sonos speakers throughout your home and it can thus absolutely power your home theatre.

Sonos’ other major overnight announcement was an enhancement to its platform for developers. The Sonos Sound Platform will evolve some new control APIs that will allow partners to control Sonos systems to make it easier to integrate them into your smart home. The company hasn’t said much about its forthcoming Google Assistant integration lately, and we wonder whether the new developer APIs might form some of the groundwork for this.

Finally, a partnership with Sonance was announced that – besides being a great fit in terms of similarity of company names – will see some new products for in-wall, in-ceiling and outdoor speakers come to market in early 2019. These probably won’t mean much to consumers, but if you’re building a commercial space with integrated speakers, the ability to connect them with a Sonos controller would be a huge boon.

The new developer API will be first to hit, with developer.sonos.com saying it’ll open up from September 6. We can expect to see the new Amp come to the local market soon after its global launch in February 2019.

Yep, just waiting to be able to cast to it from my googly home…