At IFA, Sony unveiled their brand new Xperia XZ3 handset last night, but they also announced a raft of other products including WH-1000XM3 Noise Cancelling Headphones and WF-SP900 Wireless Sports Headphones and they’re coming to Australia.

The WF-SP900 Wireless Sports Headphones are completely wire-free and now smartphone free with 4GB of on-board memory to allow you to listen to your favourite music on the go with no need for a phone.

They’re sports headphones in the extreme with Sony including IPX5/8 water resistance that includes salt water letting you wear these guys while you swim. While they’re wire-free, Sony has thought to offer the option of a tether for when you go swimming – just in case. This kind of quality and sound isn’t cheap though, with Sony pricing the WF-SP900 Wireless Sports Headphones at $499.95, but you’ll get a choice of three colours: black, white and yellow when they arrive in November. If you want more details you can check them out on the Sony website.

For those looking for over the ear cans, the Sony WH-1000XM3 Noise Cancelling Headphones are more for you with this newest addition to the highly- accredited Sony 1000X family. The cans offer all the quality of the 1000X series, with the convenience of the Google Assistant.

The headphones offer HD QN1 noise cancelling which Sony says has approximately four times greater performance than the previous processor, cancelling out ambient noise, such as human voices and the buzz of busy streets.

The cans offer 40mm, dome type drivers for a truly powerful sound. The cans also fold away for convenience when not in use into the supplied traveling case. 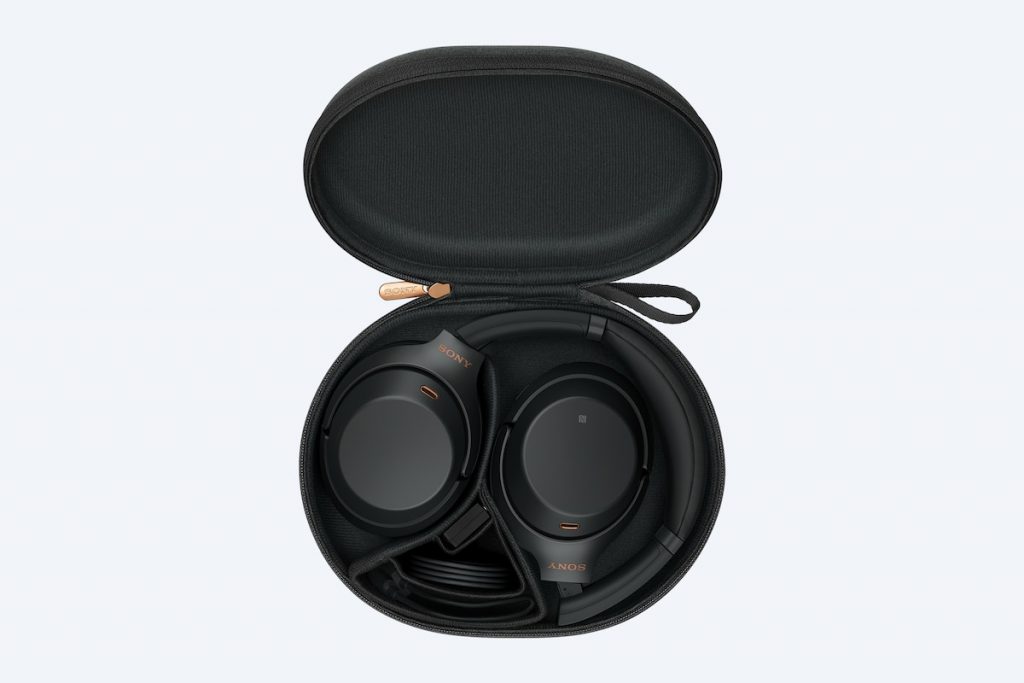 The wire free earphones are Bluetooth connected with up to 30 hours of battery life, giving you more than enough power for long trips. Sony has also included a fast charging components giving you up to an five hours of use from just 10 minutes chargin on the optional AC adapter – definitely getting one of those.

Of course, if you need to you can connect them with a supplied 1.2m headphone cable with a gold-plated stereo mini plug.

Sony will be bringing the WH-1000XM3 to Australia next month in Black or Platinum Silver for $499.95. You can see the WH-1000XM3 on the Sony website for more details.

So are the wireless buds actually designed to be used whilst swimming, or are they just really waterproof such as they can safely be used while in the water without the risk of them breaking? I’ve had swimming wired headphones before and although the sound quality wasn’t great, being able to listen to podcasts or music to break the monotony of lap swimming was awesome however the package was always bulky. Wireless would be a big step up, but how the wireless audio delivery works, especially if it is Bluetooth based which isn’t really capable of dealing with water (my… Read more »