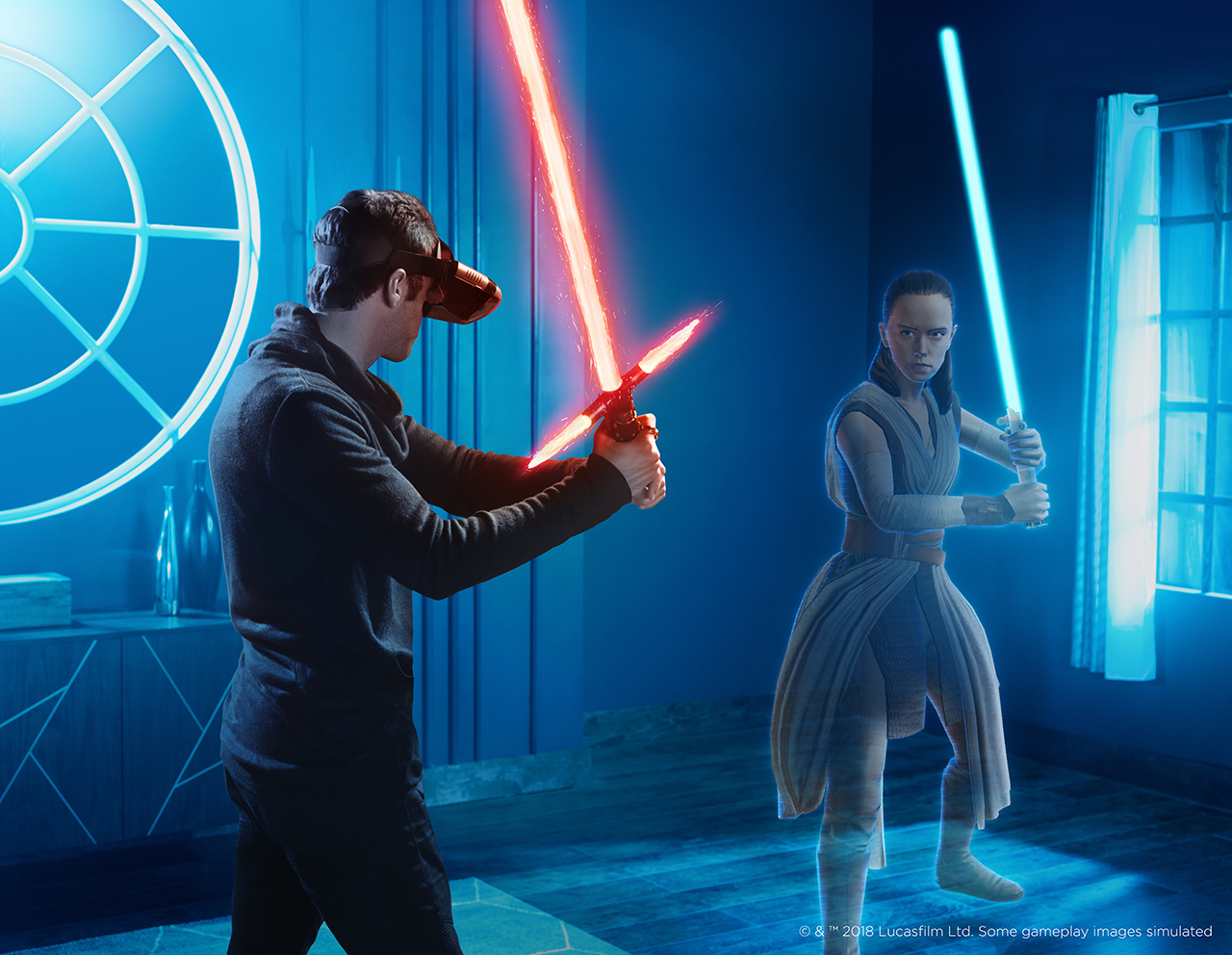 Lenovo’s awesome Mirage AR headset and light saber for Jedi Challenges has been with us for just over a year, but at IFA 2018 Lenovo has announced it’s getting a new ‘Dark Side’ update offering those wanting to follow the Sith path an option.

The Dark Side update is both software and hardware based with the Jedi Challenges app getting a free content update to allow fans to play through new challenges as Kylo Ren, including offering the opportunity to duel Yoda or Rey as Kylo Ren, as well as a new saber peripheral. The Jedi Challenges app update will be made available through Google Play (and the iOS app store) in November, making for a worthy update to a great game.

The Kylo Ren Lightsaber Controller will also be made available in November to ‘select markets’ The Saber will be priced at $99.00USD but Lenovo Australia hasn’t announced Australian availability at this stage.