Each year, for the last few years OnePlus have released a second flagship at the end of the year, the T version. Each time they have mostly used the OPPO design to great success. Overnight the OnePlus 6T box leaked on Weibo showing what the OnePlus 6T will look like later this year.

A user on Weibo managed to get their hands on the box for the OnePlus 6T and it seems that this year OnePlus are using the design of the OPPO R17 (or R17 Pro) for their second flagship of the year. As you can see in the images below the OnePlus 6T box will have a similar design to this year’s OnePlus 6 box.

What is interesting is that the box shows a drawing of the front of the phone. The OnePlus 6T will have the same teardrop design for the notch as the R17 has. It will also lack a fingerprint sensor on the rear, instead opting for an under-display sensor, something that looks set to become commonplace in phones later this year with the Mate 20 Pro looking set to have one as well.

Of course the images and box may be fake but at this stage let’s believe. It doesn’t seem to be too much of a stretch to believe that OnePlus would use the design of the R17 as the basis for the OnePlus 6T. Hopefully they copy the camera design of the R17 Pro and the 6T has the triple rear camera present on the R17 Pro. 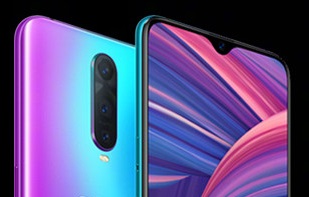 If OnePlus do in fact copy the R17 design they could do much worse. OPPO make great designed hardware and while this is far from concrete it gives everyone an option when looking at purchasing a flagship later this year.

Would buy a OnePlus 6T if it looked like this and have these features?

IF they sold them in Aust. Was tempted to import a 6, but old phone died so had to get whatever ASAP. JBs had a deal on pixel 2, so that’s me done for a few years.

I am in, small notch is great. because of the price i can update yearly and pay the same price as a pixel but only every 2 years.