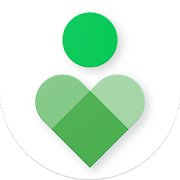 Google’s Digital Wellbeing app has begun updating overnight, bringing with it two major changes including an option to display an app shortcut in your app drawer and a quick settings toggle to activate greyscale manually.

The option to display the app shortcut in your app drawer has been sorely needed, in fact it prompted developer Chris Lacey to create a whole app that did just that. Now it’s native to the Digital Wellbeing app, meaning you no longer need to install that app, or dig through the phone settings.

To activate the app shortcut, just scroll down to the bottom and find the toggle down there. Flick it on and the app is now visible in your app list.

The update is coming down the pipe through Google Play slowly, so if you haven’t received it yet you may want to grab the APK from APKMirror and sideload it from there.