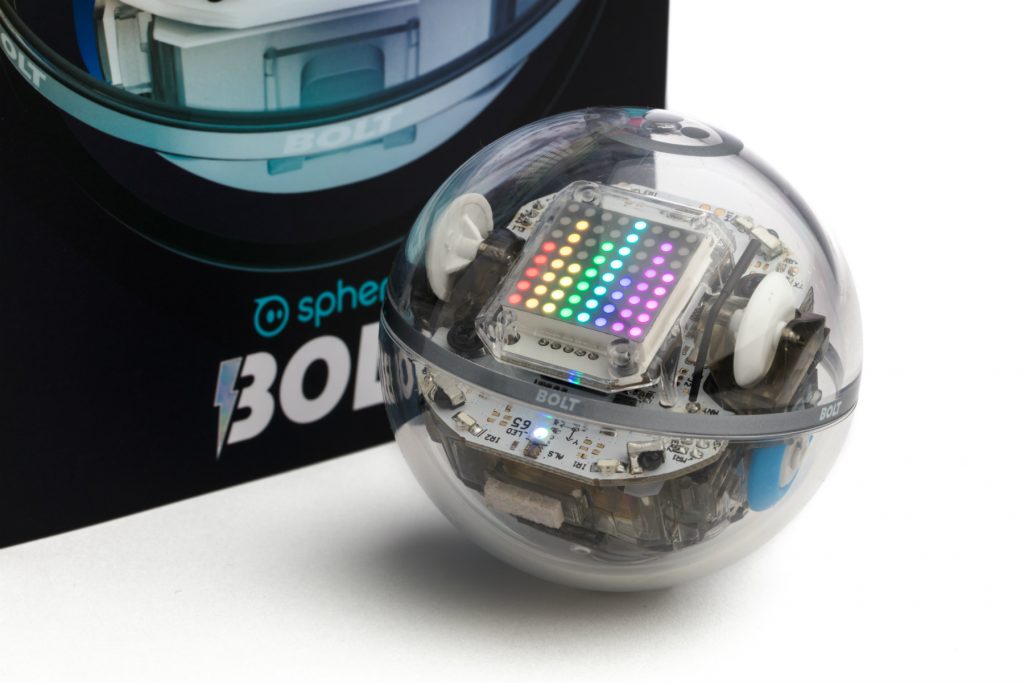 Sphero have today announced their new educational robotic ball, the Sphero BOLT, building upon an already impressive suite of products designed to teach users about coding.

The new Sphero BOLT brings with it some new features that are improvements on the previous Sphero robots. The new features include a programmable LED matrix that can display real-time data and graphics, infra-red sensors for BOLT-to-BOLT communication, new games and advanced movements, an Auto-Aim feature, an ambient light sensor and a longer battery life. The battery life now enables over two hours of continuous play, one issue we had when we reviewed the Sphero Mini last year.

Adam Wilson, co-founder and Chief Scientist for Sphero, effectively called the possibilities of the BOLT limitless thanks to the new sensors:

At some point, the permutations on what can make with the Sphero SPRK+ kind of dwindle. With the new inputs and outputs, now you can make anything. Now you have a screen, and now you can see other robots. Now you can actually see light.

Sphero are once again pitching their new product at educational uses, aiming to “provide consumers with an opportunity to learn while having fun”. The Sphero BOLT can be programmed using the Sphero Edu app for learning and coding on iOS, Android, Kindle, Mac, Windows, and Chrome, as well as the new Sphero Play app for “unique drive modes” on iOS and Android.

The Sphero BOLT retails for $249.99 and is available now at JB Hi-Fi, Apple, Amazon, National Geographic, and Officeworks. Schools or other groups can also purchase classroom packs which are available in a 15 pack, one with a charging case (BOLT Power Pack) for $3999.99 and the other without the charging case for $2999.99 (BOLT 15 pack). Both of the classroom packs include 15 robots and accessories.

If this sounds like something you may want to get into or want to get your kid(s) in to head on over to the Sphero website and check it out before heading down to one of the above retailers to purchase.

Typo in the article – KB Hi-Fi