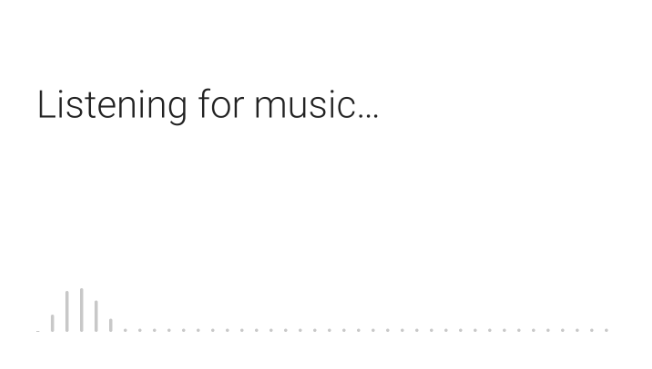 The Pixel 2 were chock full of exclusive features when they launched, and while most of the features were limited the Now Playing feature has remained a Pixel only feature. Google has today announced that the Now Playing technology is being used now to power all song searches in Google Assistant.

The technology that powered Now Playing is based on an on-device database which uses a small, snippet of audio to create a fingerprint of the song and compare it against the database. On devices this database is limited to ‘tens of thousands of songs, which is regularly updated to add newly released tracks and remove those that are no longer popular’, but when scaling up Now Playing to support Sound Search Google has now moved to matching against ‘millions of songs’.

Thankfully, with Google’s scale in the cloud they’ve managed to keep the Sound Search results down to almost as fast as you have with Now Playing without being limited by processing and storage.

Google says they’ve focused on two areas to improve speed and accuracy, quadrupling the size of their neural network, and doubled the density of their embeddings. Google has also added more weight to popular songs when users search, because obviously popular songs are usually the most searched.

Google is working on improving the technology even more, looking to improve results even when the ‘music is very quiet or in very noisy environments’ and they also think they can match music even faster.