Home Smart Home and Wearables Around the Home OnePlus is looking to build a flagship smart TV, yes that’s right,... OnePlus are hot right now. For the last 12 months they have had nothing but wins. The OnePlus 5, 5T, and 6 are all extremely impressive phones and the upcoming OnePlus 6T looks to be even better with an under-display fingerprint sensor and a small teardrop notch.

Capitalising on what they have learnt manufacturing these phones OnePlus are looking to expand into the consumer television market. Yes, I had to double check that it wasn’t April 1 as well.

We are building a new product of OnePlus’ premium flagship design, image quality and audio experience to more seamlessly connect the home.

The new TV will have the clever moniker of OnePlus TV and they plan to bring better visualisation of the functionality of smart assistants to the TV. OnePlus told the Business Insider that they were “thinking big” with the new product but at this stage details on the specs are sparse but Mr Lau promises that the specs will match the premium, flagship TV they are looking to build. 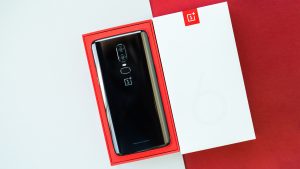 The end result will be a smart TV that is not just connected to the internet but to make it smarter and “better connected” to smartphones with them connecting seamlessly to one another. The TV will have a built in camera as well and OnePlus are in talks with “major industry players” to support current IoT ecosystems.

OnePlus are looking to release their first TV next year with updates being required over the next five years to bring it to it’s smart, connected potential. The decision has been made and OnePlus will definitely be making the OnePlus TV but it is unclear if the TV will run Android TV or not (you would expect it if you wanted to connect the smartphone seamlessly to it).

It would be amazing for a manufacturer to come along and show all the TV companies how they could and should be integrating their TVs with smartphones and making full use of the AI’s and digital assistants available right now but let’s face it, it most likely will never land here. We have to resort to grey market imports of their phones thus making it even more unlikely they would bring the OnePlus TV to our land.

Would you consider importing one of these? What about if Kogan or the likes sold them? Do you trust a new player in the industry such as OnePlus to make your TV?

I can’t help not to draw connections with other tech companies… Are they trying to do what apple couldn’t with their long rumoured TV that has almost become folklore, or; Are they building on idea/vision that Essential had with their ambientOS – seamless integration etc.. But we can’t forget their “connection” with OPPO, who used to be quite a name in consumer electronics, dvd players and receivers… usually commanding a premium price tags over other consumer brands. They could use this knowledge and ability to their advantage… and they are located in the right place to get it done. (or… Read more »

It all depends on price. If they are going after the top end then it would have to be exceptional and still undercut the big guys to get a look in. But if they for the low to mid end I am sure as long as the pricing is competitive then they would get sales. Top end = quality, mid = value, bottom = price.