Home News and Editorial Sinemia launches a subscription cinema service letting you watch a movie per...

Going to the movies can be an expensive affair. The price of tickets for a start can be quite high, putting a night out at the movies out of the reach of some people. A new service, called Sinemia, has launched which is offering you the option to watch a movie a day at a cinema for $30 per month.

Sinemia, is similar in concept to US-based movie service MoviePass, which has made headlines of late with financial difficulties. The difference in price between the services – MoviePass is just $9.95 USD per month, while Sinemia is $30AUD per month – shows Sinemia has thought about long term sustainability says Sinemia CEO and founder Rifat Oguz. Oguz said:

We’ve spent four years testing and fine-tuning our unlimited tickets model and are confident this is the right price to sustainably offer such a plan.

From checking the Sinemia website, the company appears to have deals in place with a number of cinemas around Australia including Hoyts, Event Cinemas, Dendy and some smaller independent theatres around the country.

They’re not everywhere around Australia, but they are in a lot of places, so it’s definitely recommended you check out the locations before signing up.

While the flagship plan is obviously their $29.99 per month plan which lets you see a movie per day, there are other options.

There are plans split into ‘Classic’ and ‘Elite’ with Classic plans offering you a ticket to ‘Any Theater, No blackout days and Advance Ticket Option’, while Elite gets you ‘Every feature in Classic plan, including 3D and an experience in IMAX-4DX and more’.

Plans are available for single people, or families with monthly pricing for up to 6 people.

You can pay monthly, or yearly, though a month-to-month subscription will see you paying a one-off club membership initiation of $19.99 x the number of people in your plan (this is one for a single person obviously).

There’s an Android (and iOS) app which anyone can use to track movies you want to see, get movie news, see what movies are on. The app also caters for the Premium (read: Paid) experience which lets you buy tickets in advance before you get to the theatre.

If you’re a bit of a cinephile and want to get in on the action, you can check it out at the Sinemia website. 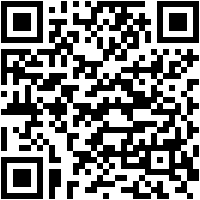 Sinemia is fraud. I paid them $150 2 weeks back and haven’t heard back from them. I will check with my bank now and get that transaction charged back.

There’s a glitch in the article.
The paragraph after the blockquote is missing in its entirety, and the start of the next paragraph is also missing, so after the blockquote, you can only see “everywhere around Australia, but they are in a lot of places, so it’s definitely recommended you check out the locations before signing up.”

The article is missing:
“From checking the Sinemia website, the company appears to have deals in place with a number of cinemas around Australia including Hoyts, Event Cinemas, Dendy and some smaller independent theatres around the country.

Looking more carefully at the pagecode, the problem is caused because the blockquote close code is not complete. it’s missing the > at the end.

Thanks Jeni for picking this up. The error has been corrected.

Signed up on desktop and paid the $30. It then dumps you on a screen saying I need to wait up to two weeks for “premium cardless” to be activated, or I can pay another $10 to accelerate that. Nothing to help you actually get a movie ticket… Screenshot: https://d.pr/i/7LJh6l

I get the app on my phone, even more confusing. It’s asking permissions to make calls? Why?
I try to book a ticket, get nothing but system errors.

No. Unless the deal is to make it as difficult as possible for Sinemia customers by forcing them to bypass credit card fraud checks via PayPal and other tricks, then sure, a deal exists…

Their business model is to give people disposable credit card numbers to buy movie tickets with. Numbers that usually get rejected by Hoyts’ and Event’s websites. It’s a maddening and confusing system.