Home Mobiles Apps, Games & Google Services Get up to 60% off some great movies in HD from Google... It’s that time of the week again, Google has launched another sale in Play Movies offering discounts up to 60% off a great range of HD quality movies.

The digital release yesterday of Jurassic World: Fallen Kingdom means that Google Play has reduced the price of the original Jurassic Park movies to $7.99 each, or the first Jurassic World movie for $9.99. The sale is also offering some pretty great deals on recent movies including films starring Aussies like the Chris Hemsworth movie 12 Strong and iTonya featuring Margot Robbie for $6.99. 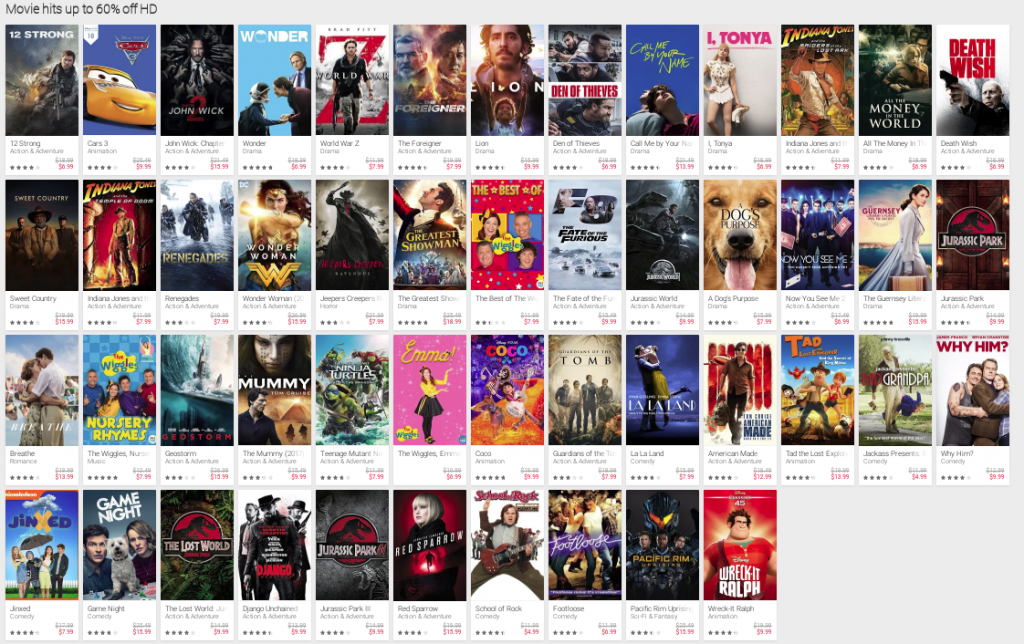 There’s loads more – 65 in total – including the awesome Jack Black movie School of Rock for $4.99 – though it seems it’s on TV every two days – and a load of kids titles including the awesome Wreck It Ralph and Coco movies and the sort of Okay Cars 3 for $9.99 and some Wiggles titles as well.

If you want to check out what’s available you can head over to Google Play Movies now to check them out.