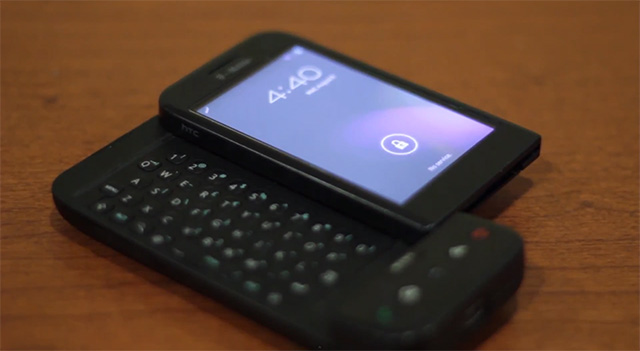 Ten years ago today, HTC partnered with Google and US carrier T-Mobile to announce the T-Mobile G1 (which would be known internationally as the HTC Dream). This fairly ordinary looking phone would be the first way that phone users could play with Android, and though it was – let’s face it – fairly ugly, it was a complete change from the feature phones of 2008.

Back in 2008, not only was the G1 the first Android phone, but it was T-Mobile’s launch device for their 3G network, too. With fairly affordable pricing, featured inclusion of Google Maps, Mail, etc, the G1 promised a lot, and though the Android Market (before it became the Play Store) was included, there was very little on it.

At the same time, Apple’s iPhone reached its 2nd generation, and though it had an on-screen keyboard, this was a bit of a change for people used to physical keys. This was one of the many reasons why HTC’s G1 kept physical buttons, and featured a full, slide-out keyboard.

Most of the other features of HTC’s G1 would be unrecognisable today, but the basic elements were there: notification shade, widgets, downloadable apps, and even a missing headphone jack.

HTC’s G1 would not launch in Australia until February 2009, and by then it was already outdated. The HTC Magic – a phone with the same internals, but different exterior – launched not long after, and for a while these were the only two Android phones on sale. It wasn’t long before the floodgates opened though, and Android rapidly innovated, catching up with Apple’s iPhone then resoundingly overtaking it, introducing features that Apple would later make use of in its smartphones.

Had a similar phone, the HTC Desire Z. It was a great phone and love the fold out keyboard. Won’t mind seeing another with the same design but guess there is no demand for it anymore.

I loved the ugly thing. Even wrote one of the first games for it “Craigs Race”. 🙂 Can’t believe it’s been 10 years already!

The scary thing is iOS has not changed much since V1, Andoid has evolved massively.