amaysim is pointing out their newly updated $50 plan, which they say has been independently deemed the’ best value’ when reviewed against the market. The updated plans, which also include unlimited talk and text increase the data inclusion on the $30 plan from 5GB to 10GB, while the $40 plan now includes 20GB, an increase of 5GB from 15GB but that $50 plan gets double the value going from 20GB to 40GB. We know that Aussies increasingly love using their data, so if it’s streaming their favourite TV shows, connecting with love ones, or swiping right, we’re giving our customers just what they need at a great, non-promotional price. Whether customers need 1GB or 40GB of data, they can change plans as many times as they like, in a matter of seconds, using our app – at no extra cost.

The plans are live now and can be viewed at amaysim.com.au/plans/mobile-plans 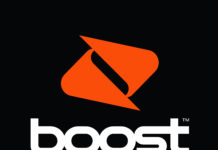 They removed the 300 mins of Internation calls from the 40$ plan by the looks of it too. 🙁