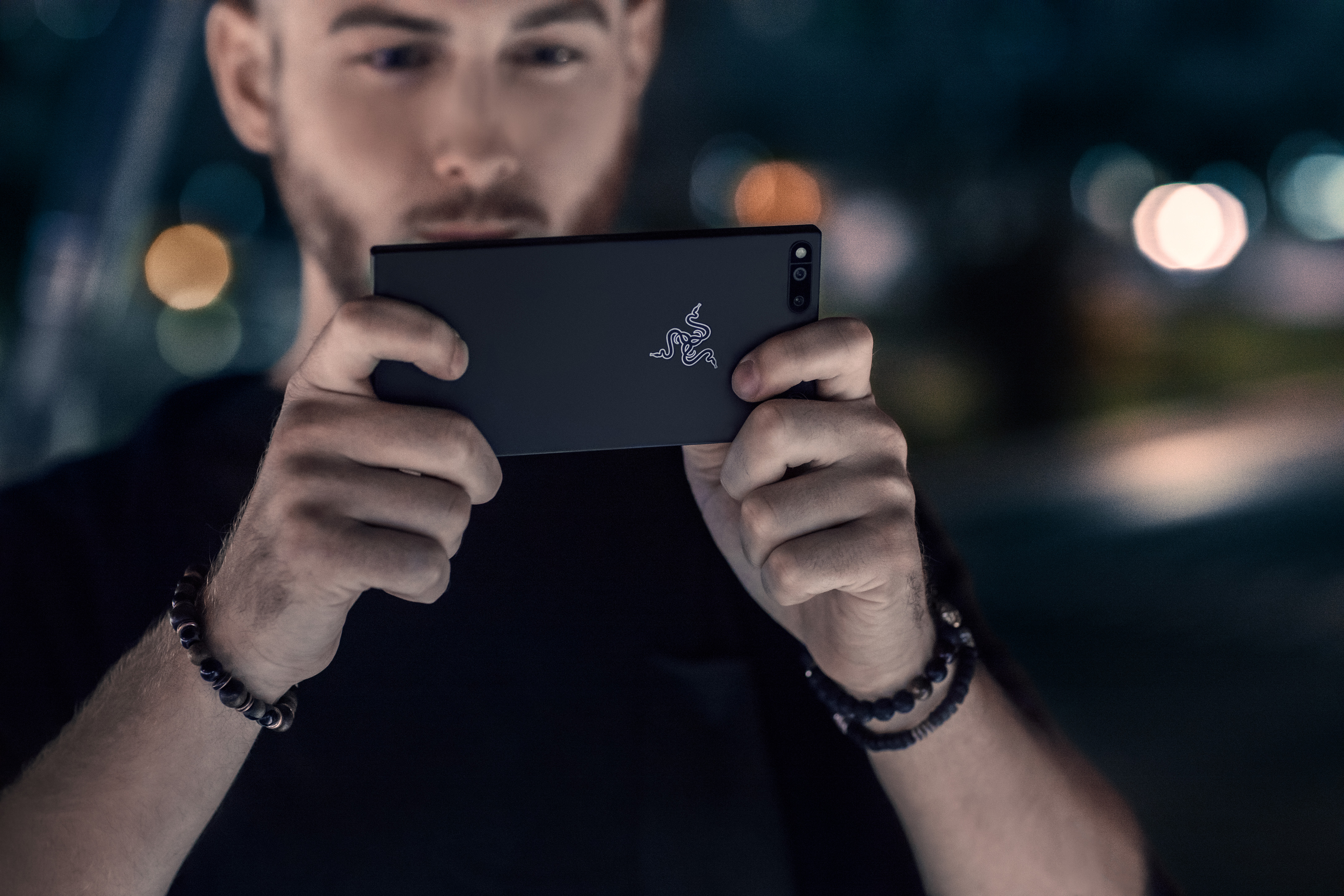 Gaming hardware manufacturer Razer has announced they’re working on a second generation Razer Phone as a follow up to their gaming focused phone launched last year, now the phone has leaked in a high-resolution render.

The leak comes courtesy of Evan Blass through his @evleaks Twitter account, showing the phone in very high resolution from the front and back. The phone in the picture appears to have speaker grills above and below the screen, which is likely to be a 120Hz display as it was on the original model. Also in view are the dual front and rear cameras, for a total of four cameras on board.

A USB-C port on the base of the phone looks to be the only output for headphones, as no 3.5mm jack is there – much like the first generation phone.

Design wise the phone bears all the hallmarks of the Nextbit team which was acquired by Razer to produce their line of phones. There’s been some Razer flare added though with that awesome green logo in the centre of the rear of the phone.

Current hardware rumours based on a Geekbench entry for a phone purported to be the Razer Phone 2 include a Qualcomm Snapdragon 845 SoC and 8GB of RAM.

The Razer Phone 2 is set to be announced at an event on October 10th, filling out an already very full October for phone launches with devices from Google, Huawei, LG and OnePlus also expected.