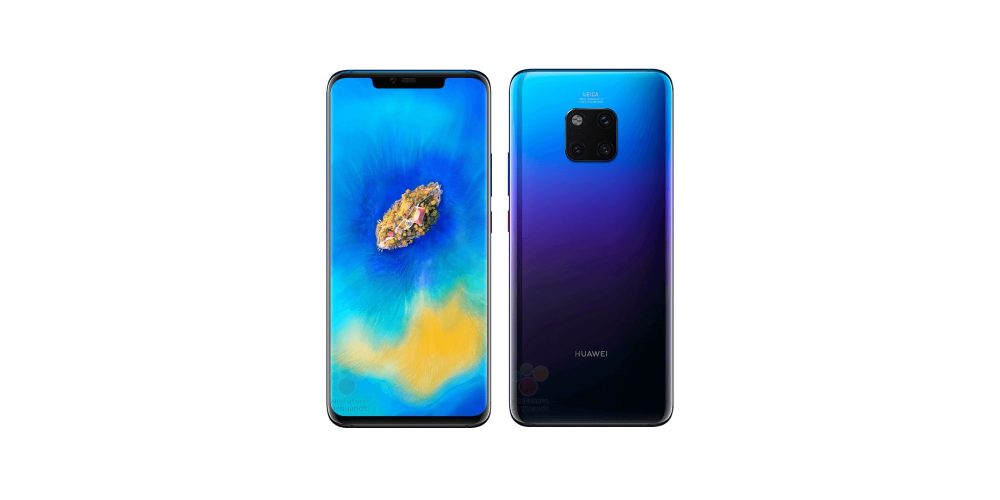 We may never head into another phone announcement without already knowing most of all there is to know about the phone about to be announced. The Huawei Mate 20 looks set to be much of the same with leak after leak revealing more about the phone. Tonight we have confirmation of the three rear cameras in the centre of the rear of the phone.

Although it is also an awkward crotch-shot it is a shot that shows the front of the phone with a curved display and on the rear the three camera setup with flash in a 2×2 matrix in the centre of the phone. The photos were seemingly shot on the train in China and appeared on Chinese social media site Weibo.

The photo seems to be of an internal prototype given the sticker on the rear of the phone below the camera setup. At this late stage you would expect this to be a final prototype and as such it is a fair assumption to make that this is how the Mate 20 Pro will look. Add that to the cacophony of other Mate 20 leaks we have a fairly high level of confidence in this leak.

Although this is nothing new it is nice to see a phone in the wild and not just renders. It confirms the renders and other some features we have seen leaked. Stay tuned as we keep a close eye on the Mate 20 leaks in the lead up to its announcement on October 16 in London.