Home Mobiles OnePlus open up about the lack of headphone jack, IP rating and...

OnePlus have always been an enthusiasts phone and for that reason they have tried to include everything they could inside an affordable package. As time marches on so does technology and as such something has had to give – in this case the headphone jack. OnePlus CEO and co-founder Pete Lau spoke to CNET to explain why along with other design decisions.

The OnePlus 6T is shaping up to be a worthy successor to the successful OnePlus 6 with many details already known. Pete Lau spoke to CNET detailing some of their choices and the reasons behind them. The headphone jack removal on the OnePlus 6T was not a decision made lightly considering many of their fans have expressed their love for it.

This has been one of the most difficult decisions for us to make. The most difficult task in the day-to-day is… finding a balance in what’s ultimately going to be part of the end product and what has to be said ‘No’ to.

In the end the decision was to either move forward with the technology and include an in-display fingerprint sensor or to keep the headphone jack. The future won. The in-display fingerprint sensor’s hardware sits at the bottom of the phone rather than the middle on the OnePlus 6 and thus takes the place of where the headphone jack hardware was located. 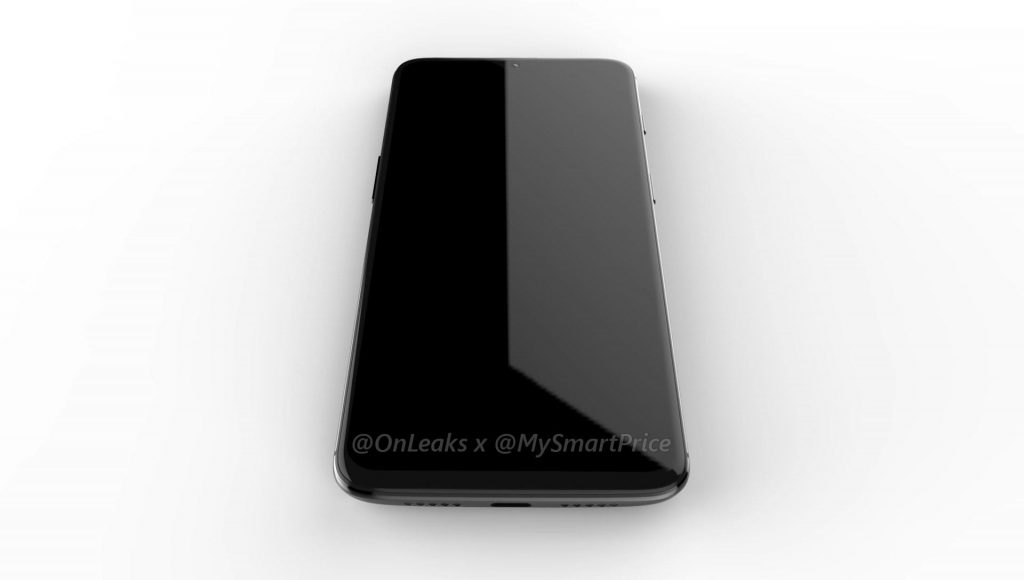 Pete Lau also believes that once people use the in-display fingerprint sensor they will see why OnePlus chose that instead of the headphone jack:

After you experience the Screen Unlock you’ll fall in love with it. [You’ll] realise that it’s the experience that you wanted.
We unlock our phones multiple times a day, and Screen Unlock reduces the number of steps to complete the action.

Unfortunately this use of leading edge technology comes at a cost — a thicker phone by 0.45mm and an increase in price (US$20 increase). Of course the phone is still priced well below other flagships so a US$20 is a small price to pay. 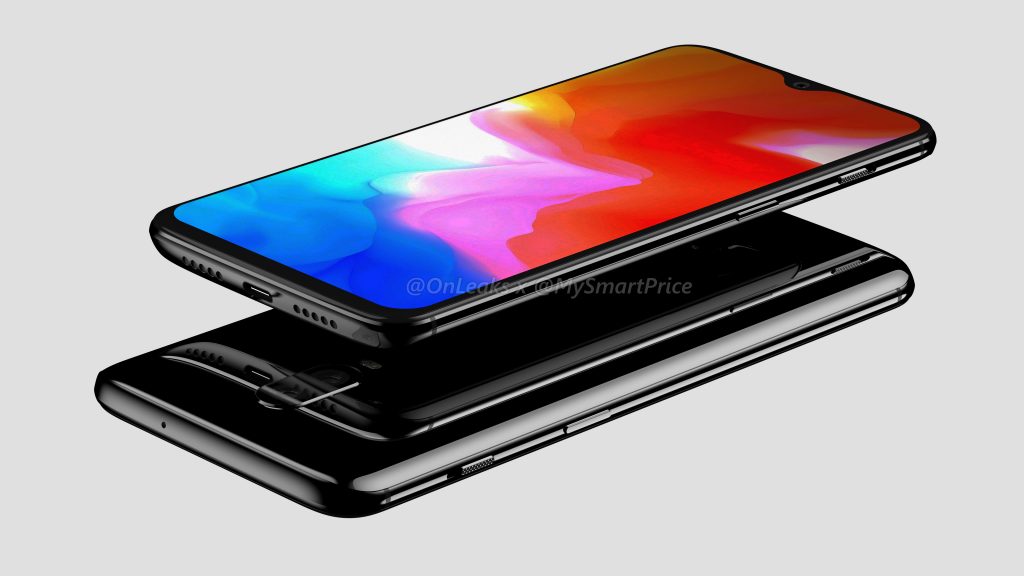 Other bits and pieces the OnePlus CEO touched on were regarding wireless charging and an IP rating. At the moment OnePlus have one of the fastest wired charging solutions available and believe that until wireless charging can get up to the same speed there is little value in it.

We’re working hard on this. When we get to the day that the wireless charging can get up to speed without the implication of heat that we expect, then I believe we can integrate the technology.

As for the IP rating, the OnePlus 6T will be more water resistant than the OnePlus 6 but the cost involved with gaining an IP rating is prohibitive. For OnePlus to undergo that certification for the very very few users who “go swimming” with their phone would make the phone approximately US$30 more, something they were not willing to do.

The OnePlus 6T promises to be a great phone at a still affordable price. Remember, not many flagships are available under $1000AUD, and especially none with specs as good as the OnePlus 6T promises to have. In my opinion the software experience on a OnePlus device is second to none, including Pixel phones which puts their OnePlus 6T at the top of my list of phones I want to try out — now if only I could buy one here in Australia.

Will a lack of a headphone jack, IP rating or wireless charging make you look elsewhere or is it something you’d prefer to have but not a deal breaker?

The real reason OnePlus removed the headphone jack is because Oppo removed it and OnePlus is just a rebadged budget Oppo so they have to make up excuses to justify it.

I wouldn’t be removing a feature 40% of my customer base still use. That’s asking for sales to take a nosedive. I hope the USB-C port at least supports analogue audio and not simply digital audio otherwise it’s going to be RIP OnePlus, you don’t want to alienate the music-crazy Indian market who currently praise your phone.

Currently I’m using OP6, and before that I had OP1, OP2 & OP5, so I think that gives me a certain perspective in regards Oneplus products. Honestly, I don’t see much of the value in headphone jack, as decent Bluetooth earphones are way more convenient to use… Wireless charging? What’s a point… Battery last more than a day, and it gets charged within half an hour…

I have the 3t. Still loving it. Where real premium is fought these days is on camera. No one looking there. And the OP marketing team is suspiciously quiet on the front

I’ve gone from the OnePlus 1, to the 3T and I’m currently on the 5T. I’ve been waiting to see the next gen improvements and what everyone’s been waiting for but the phone seems to be getting worse with new gens? Wireless charging, no? I, like most I’m guessing, leave my phone next to the bed when I go to sleep so charging speed isn’t an issue, I’d like to simply put it on a charging pad on the bedside table and let it wirelessly charge so I can check it at random times of the night without the cable.… Read more »

I think the headphone jack is a big loss to convenience and integration. Not just for headphones but for connections to stereos, cars, speakers etc. Don’t by the excuse about the in screen scanner taking up the space as vivo nex has a headphone jack. It’s probably more an lazy engineering, but how the 7 might be designed better to include it!
Wireless charging isn’t really needed since phone as fast charge and all day battery life.
Phone is splash proof so it’ll survive spills of water and rain, which covers most water scenarios.
Won’t upgrade from 5t.

Had been thinking of the iPhone X as I have been Apple since the 4, and then read reviews of OnePlus 6.
Bought the 6 and am amazed at how good it is. Mine has 8gb Ram, 512gb storage and a saving of $800+ over what I had intended to buy. Fast charging leaves wireless for dead.

Can’t see the big deal about missing the headphone jack. Bought some Bluetooth headphones a few weeks ago and I love not having wires get in the way anymore. I still have a OnePlus 3T and love it so would be very interested in the new 6T.

By comparison, I recently bought a pair of M40X, so no headphone jack, no sale.

I have an S8 with a headphone jack, and within a few months it broke – so much for that feature. I wouldn’t miss it in the OnePlus or any other new phone. Losing wireless charging I will miss unfortunately, so looks like options for my next phone are down to the Pixel and the next Galaxy.

I Don’t care at all about the headphone jack or want an in screen fingerprint reader, I care a little bit about IP rating, but the reason I’m not upgrading my 5T to a 6T is the lack of wireless charging. My phone will last another year or two.

had wireless charging, it was not that important.
Their charging on my 5 is awesome, I wake up, it is at 30 to 40% I plug in the charger go shower get ready unplug again not long after at 80 to 90 % and by the morning back to 30 or 40 %.. no need for wireless charging for me so I am buying the 6T, just wish they would release it here

Totally agree, wireless charging is great for phones with rubbish battery life but when you have 1-2 day battery life on a phone charging or at least having the need for it to be topped up 3 or 4 times a day becomes unnecessary, placed on a charging dock is a bit irrelevant and sooooooooooooo slow.

Don’t care at all about the headphone jack or want an in screen fingerprint reader, the reason I’m not upgrading my 5T to a 6T is the lack of wireless charging. My phone will last another year or two.

While I like OnePlus, saying things like IP rating is for people who ‘swim with their phones’ or wireless charging has ‘little value’ unless it’s faster than wired charging, is some Tim Cook-level spin. I’d happily pay U$30 for the peace of mind of extra water resistance for the life of the phone.

Pretty fair decisions imo. What they’re able to provide for the price they provide it at is pretty awesome already, so to expect the bee’s knees and still have it at the aggressive price they have it at is not reasonable.

I don’t understand how the Oneplus 6 and 6T is compared to flagships when it only has a full HD screen where the flagships generally have qHD.

the screen res does not maketh the phone.
Most people don’t even notice the difference so why use a power hungry display on a small device. Much nicer having to charge less.

Screen res is not the sole deciding factor when categorising a device into what’s a flagship and what’s not. You said yourself “generally have qHD”, so not all of them do.

Sorry, nope, no headphone jack, no sale (not that they’re available in Aus anyway…)