It makes sense having the most popular streaming music supplier in the world paired with the one of the worlds most popular GPS trackers. Today, Garmin and Spotify have made it happen with their announcement that the Fenix 5 plus now supports storing music for Spotify premium users.

Launched in June, the Fenix 5 Plus series includes the Fenix 5S Plus, Fenix 5 Plus and Fenix 5X Plus offering premium specs and abilities at a premium price which ranges from $999 to $1,699. The watches include NFC which includes support for their Garmin Pay service allowing for tap & pay while on the go without your phone. Previously Garmin offered offline music support for up to 500 songs to be stored on the watch, though this is the first time they’ve been able to offer Spotify support on their new range.

Spotify is the most popular music streaming service in the world, and we are excited to collaborate with them to provide our customers with even more ways to listen to their songs while on the go

The Spotify connector app is now available from the Connect IQ store for Garmin devices and allows playlists to be synced over WiFi. A really nice step for runners or riders who just don’t want to take their phone with them on their adventures.

Don’t forget to take up one of the 3 months for 99c offers that are around regularly if you want to try this out before committing to a premium account full time.

what integration would you like to see added to Garmin devices to make it your go to for adventures? 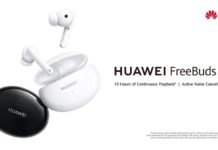