It is morning again and what would a morning be at this time of year without a Pixel 3 leak. This time courtesy of Evan Blass we see some official renders surface.

Evan Blass, aka @Evleaks, is well know for high quality render leaks and this time is no different with him releasing what appears to be official renders of the Pixel 3, as well as a look at what he says is the official wallpaper for this year’s Pixel phones. The renders show the Pixel 3 (XL?) in the three colours that appear confirmed so far: Clearly White, Just Black and Not Pink. 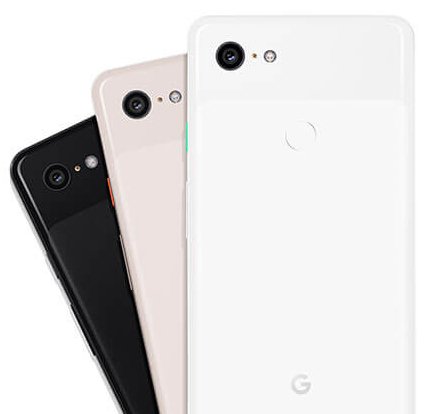 The renders do not add much to what is already known but they do show coloured power buttons on the white and not pink (sand?) colours. Google is of course sticking with their single rear camera module and the glass back to allow for better radio/cell service reception. The second tweet with the “stock wallpaper” shows that Google are not hiding the notch in official renders like many manufacturers are doing. It is loud, proud and right in your face — though it appeared in a preview earlier this week that Google will allow the notch to be hidden in software. I agree with Evan though, the wallpaper seems to be a bit underwhelming — it is possibly the stock photo wallpaper but not what Google will have set as the default wallpaper for users.

Tomorrow morning is the big day for Australians. We will see finally what Google is offering in it’s hardware lineup this year. Hopefully Google have some surprises up their sleeves, although it is hard to see what, if any, they may have.

Check in here tomorrow to see everything that Google announce in the early hours while sane Australians are sleeping.

The only thing that I want to see now as a surprise is a reasonable price. I’m not seeing anything here that justifies a price around $1,500 here in Australia. If this was circa $1300 for the 128GB version it might be worth considering, but given the alternatives I don’t see this falling into the flagship pricing category.

Fingers crossed I’m wrong and we get wowed tomorrow, but severely doubt it.

I think you are being overly generous mate , given what is already available on the market ,
Not to mention it probably has no headphone jack and no SD card ,
$ 1100 would be entirely sufficient imo,
Especially given what we have received with the past handsets (not much ).

Yeah, maybe. The iPhone XR is also an option at around $1300 for the 128GB version. Yes, it’s not the top of the range iPhone and has it’s flaws, but it’s still a decent device. I thought $1300 is more realistic – not that it really matters as I can’t see this being priced less than the Pixel 2XL, which was $1,549