Home Mobiles Google thinks they’ve still got some surprises up their sleeve for their... 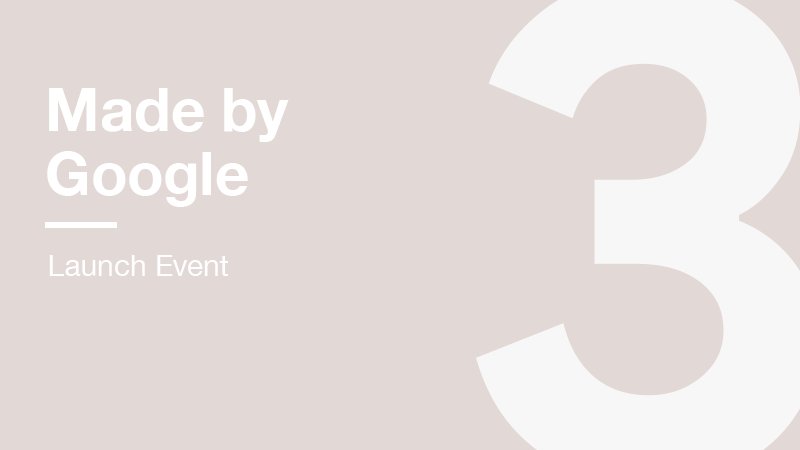 There’s still the possibility of a ‘…and one more thing’ at the upcoming Made by Google event scheduled to take place at 2am AEDT tonight, and Google thinks they’ve got something, at least according to their latest tweet.

It’s been a veritable flood of leaks of Pixel 3 phones, Pixel Slate, Chromecast and more over the last few weeks and months, but there’s got to be more. Google has compiled a video of YouTubers talking about the multiple leaks of the Pixel 3 phones over the past few months, including it in this tweet:

So you think you know… Tune in tomorrow to see for yourself. https://t.co/4zTwRXcn1x #madebygoogle pic.twitter.com/3IO3xaMaP8

While we’re pretty sure on the Pixel 3 and Pixel 3 XL, there is the possibility of the rumoured ‘Bonito’, a Snapdragon 710 powered mid-range Pixel destined for emerging markets. According to Roland Quandt of WinFuture.de tweeted about someone testing the device on GFXBench over the weekend saying

Someone has been testing Google "Bonito" with GFXBench lately. Make of this what you will. And HMD "Phoenix" is coming soon. I think that's Nokia 7.1 Plus, while "Rooster" (aka ROO) is Nokia 7.1. (big bird, small bird, you know…) https://t.co/G95tIm1EN1

So, is there one more thing? Tune in at 2am, or check Ausdroid tomorrow morning to find out exactly what Google announces.

So what were the surprises? Google; Surprise! There’s no surprise

Yeah, even dafter prices than you thought possible.