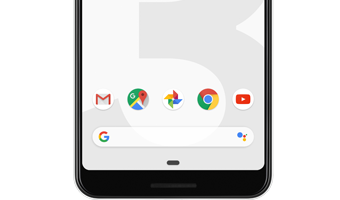 Google introduced their gesture-based navigation with the Android 9.0 Developer Previews and it seems that it is here to stay based on a Tweet from the Made by Google team today.

On the Android 9.0 Developer Preview you could easily disable the gesture-based navigation if you preferred the old back, home and multitasking software buttons. Beginning with the Google Pixel 3 and Pixel 3 XL this will no longer be possible — you are stuck with Google’s gesture system no matter what.

Hi! Pixel 3 introduces a new pattern that will represent navigation on all Android phones going forward. While change & adapting to new patterns is hard, we believe it's a better navigation pattern & makes app switching a faster experience.

Depending how you read this it seems that Google will be removing the software buttons from all Android code going forwards — one in, all in. At first we assumed it was for just Google phones but the team at Made by Google specifically said Android phones. Of course we don’t know if that prohibits manufacturers from implementing their own gesture system such as OnePlus have done or even putting the software navigation buttons back on themselves.

Hopefully Google leave it somewhat open for manufacturers to implement their own solutions because having used both OnePlus’ and Google’s gesture navigation, the OnePlus solution is far superior to Google’s. On the other hand there will most likely be so many terrible implementations by some manufacturers that it would make you wish they had followed Google’s lead.

In the end we expect manufacturers will be given the green light to use their own navigation system as long as it does not break any functionality within Android and the app ecosystem.

What are your thoughts on the gesture-based navigation system? Do you think it should be rolled out to all Android phones or should manufacturers be free to do what they want?

Does anyone else think google should lose control of the direction of Android? Everything they seem to do now makes things worse.

I like the gesture based navigation especially for switching between current app and most recently used one by sliding the pill to the right. although its a bit clunky that sometimes i have to check to see if there is a back button or not..

Feels like it’s a design over functionality decision. Looks nicer, but harder to get the hang of.

They still feel like they are in beta to me. Its just not as smooth as it should be and often the swipes between apps dont work like they should. They should also just have a flat pill like the iphones have as it really seems pointless for the navigation bar to be the same size as it was.

I think it should be rolled out but give Android users the choice of they don’t like gestures. I think elderly or non tech minded people will struggle with gesture navigation and personally I don’t like it or use it.