Home Mobiles Palm is back…sort of, with a 3.3-inch ‘companion’ device 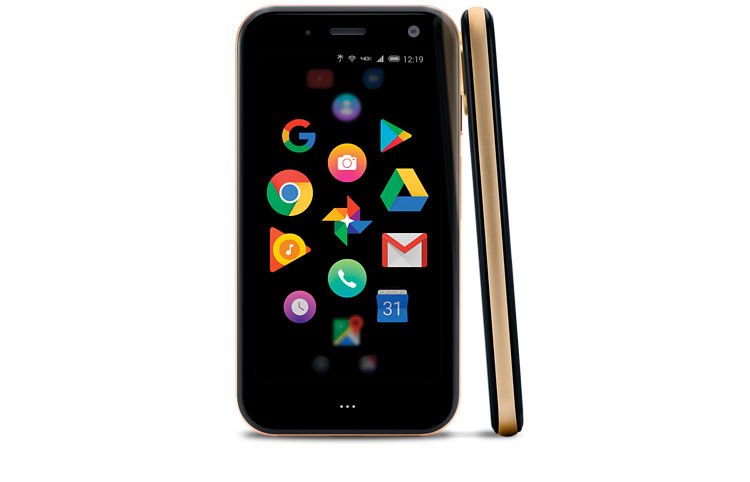 The prospect of a new Palm phone got an old Treo fan a rather excited, but it’s with barely a splash that the new Palm phone has been announced as a US carrier Verizon exclusive.

The new Palm phone, it doesn’t really have a name as far as we can tell but it was codenamed Pepito during development and it kind of fits this cute little device which measures in at 50x97x7.4 mm.

Getting the specs out of the way, the phone has a 3.3-inch 720p LCD display and runs a Qualcomm Snapdragon 435 processor with 3GB of RAM and 32GB of storage. It has a miniscule 800mAh battery and surprisingly has a USB-C charging port, and runs Android 8.1 Oreo.

The phone is designed to be the phone you take with you when you don’t want to take your everyday phone. It’s small enough to fit into a clutch for the ladies (or men if that’s your thing guys), or you can slip it easily into a jogging pouch to go running with.

It seems to be running with a cloned SIM setup or eSIM variant on the Verizon network, with a $10 per month plan sending your calls, texts and notifications from your other phone to this one. All-in-all it’s an interesting idea – sort of like an over-grown Wear OS, Galaxy or even Apple watch.

This isn’t the Palm of old though, that Palm is gone now and this phone has been designed by parent company TCL who purchased the Palm brand after the company folded. TCL has a strong history with producing phones for other companies though, including Alcatel and Blackberry.

The phone is exclusive to US-carrier Verizon where it will sell for $349.99, and given their incompatible network with our Australian LTE bands, even if you want one it’s unlikely it would work here.

I’m interested, but only for the name Palm. If they want to roll out a re-jigged Treo then I’m totally in and I’m now following them on Twitter, but for this phone, I’ll give it a miss.

Are you interested in a new Palm branded phone?

My first Android in late 2011 was a Sony Xperia ray, with the same screen size. Somehow I made it work.