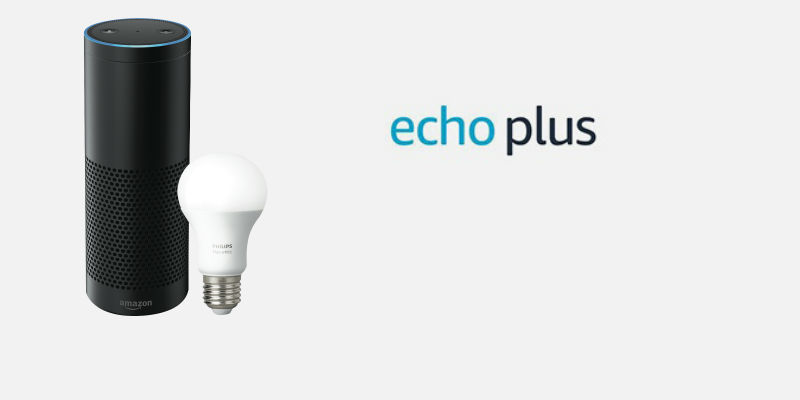 Amazon’s Alexa speakers and Google home compatible speakers have similar capabilities in many areas. However in the area of home automation Amazon has an edge with their Echo Plus speaker, which is able to act as a Hub to control devices via Bluetooth, WiFi, If This Then That (IFTT) and Zigbee protocol.

Ideally a home automation hub also has the capability to interact with devices via Z Wave protocol as well as Zigbee, WiFi and Bluetooth.

There are Z Wave hubs and devices available in Australia from places like Smarthome and Z wave Australia but they are for people who are serious about spending a lot of time and money on large scale home automation.

That being the case they’re not the best place to start with, so, as it stands for my money the Amazon Echo Plus is Australia’s best home automation learning option.

The kinds of popular devices controlled with a home automation hub include lightbulbs (and many other lights eg lamps, light strips etc), smart plugs, video door bells, security cameras and increasing number of home entertainment products like TV’s and soundbars. While being able to control Internet of things home devices via Wi-Fi is convenient, these devices tend to constantly use about 1 Watt of standby power each. In comparison the Bluetooth, ZigBee and Z Wave protocols for home automation are designed for ultra low power usage and ZigBee/Z Wave devices work as a mesh so they have more range plus are more reliable.

The more Zigbee, Bluetooth and WiFi home automation devices you have been an area the more likely they are to interfere with each other because they work on the congested 2.4 GHz frequency spectrum.

Z Wave’s advantages are that it uses a different radio frequency to WiFi and can handle a lot more devices than ZigBee can.

Z Waves disadvantage is that it’s radio frequency is different depending on which region a gadget is sold in eg: 868.42 MHz in Europe, 908.42 MHz in the USA so you can’t import Z Wave gadgets into Australia from all over the world and expect them to work together.

Also using overseas Z Wave devices eg. ones intended for the USA is likely to be illegal in Australia since it could possibly interfere with mobile phone networks and other radio frequency users.

Once you’ve learnt the basics of home automation if you decide that you want to join the big league and spend serious money (hundreds or thousands) to automate your whole home like Scott and Duncan in our Ausdroid team, then you should consider buying a Z Wave hub and compatible devices taht use Australia’s Z Wave frequency 921.42 MHz. We’ve been testing the Amazon Echo Plus (1st generation) as a home automation hub. While it has been replaced with the better looking and sounding Amazon Echo Plus 2nd generation recently, the Gen 1 has almost the same key automation capabilities as the Gen 2, which also adds an inbuilt temperature sensor.

Note the only catch with using an Echo Plus to control ZigBee compatible devices is that some of them only make basic functionality available via ZigBee and insist on having their own Hub to enable extra functions. As an example one of the key culprits is Philips Hue lights.

Using an Echo Plus you can voice/app control Hue lights on/off, change brightness, colour temperature and colour. However many other Hue features are locked off unless you buy a Hue Bridge (Hue lights hub) as well.

We will have an Echo Plus Gen 2 review examining how it works as a smart speaker for you in the near future.

Setting up new Alexa devices is usually as easy as saying “Alexa, discover my devices”, waiting about a minute and then the device pops up in the Alexa app on your phone/tablet under the Devices section. Some home automation devices require a little bit more effort to make them visible to Alexa but usually this takes five minutes tops.

Across the top of the Alexa app you’ll see automatically created shortcuts for different types of devices.

Once you have a few devices visible in the Alexa app you may want to set them up as Groups, either by location eg Lounge, Hallway or by type eg Lighting, Security etc. Some devices appear as a picture inside their Group listing when they are on.

If you select a group you’ll be able to easily touch control to turn on and off specific devices or all of them at once. Obviously you can also voice control groups and individual devices to turn them on and off again, as well as change brightness, colours etc for lighting.

Clicking on a particular device will enable you to change its name, on/off status and settings. For example the screenshots below are for a Philips Hue light strip and an ALDI Medion smart plug.

Routines allow you to set up single voice commands that initiate a sequence of actions such as the examples below that turn things on/off but there are so many options triggered by your voice, the time of dayor a devices action to make Alexa say and do things:

Amazon Echo Plus – Should You Buy One As a Home Automation Hub?

The answer based on my testing is definitely Yes. In fact if you are mostly going to use an Amazon speaker as a home automation hub you should take advantage of their current sale of Echo Plus Generation 1 at 1/2 price $114 including a Philips Hue light bulb that you can control via the Echo Plus. This is an incredible bargain available directly from Amazon online as well as retailers like JBHiFI and Good Guys.