Up has launched as Australia’s first fully cloud-hosted bank, with a nifty Android app, Google Pay Support and fee-free banking part of the launch offering.

The new digital bank was launched a couple of weeks ago, but today marked the arrival of our new Up card in the mail, and so it’s now time to write about it. Not only is the sign-up and on-boarding process very easy, but activating your new card and adding it to Google Pay is a cinch!

Dom Pym, co-founder of Up, had this to say of the new bank offering:

“There’s been a lot of chatter about new-age banking alternatives arriving on the market. But the team has just been focused on actually getting one live. Up exists to simplify peoples’ lives and help them to create financial freedom through technology, innovation and creativity. We are immensely proud of the enhanced customer experience that will help people spend wisely and save effortlessly,” says Ferocia and Up Co-Founder, Dom Pym.

What’s so good about Up? Here’s the pitch:

That’s not all though. Unlike most of the incumbent banks, which have dragged their heels literally screaming into the modern age, Up launches with a digital-first perspective. Up offers both Apple Pay and Google Pay to begin with, as well as Garmin and Fitbit Pay too. There’s also no fees for using any ATM in Australia.

Up has achieved something that a lot of the promised digital banks as yet have not – it’s launched in 2018. Most others have applied for restricted banking licences which take quite some time to approve, and in the meantime, they effectively cannot trade. By partnering with Bendigo and Adelaide Bank, Up is able to launch sooner, with credibility and standing behind it.

New users can register for Up today. I signed up just over a week ago, and was approved for a new account within a day or two. Your new Up Mastercard comes in the mail after about a week, and you can activate it immediately (in the app) to use with Google Pay straight away.

The only downside? With a name like Up, searching for the app on the Play Store is bound to end in frustration. Best bet? Don’t search for “Up”; search for “Up Money” and it’ll come up straight away. 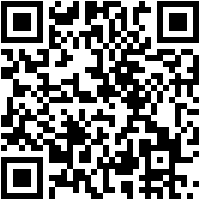 Another downside, and it is pretty significant, is that the only way to get money out of an Up account at the moment is to buy something using the card (or it’s digital equivalent), or withdraw money from an ATM using the card (or it’s digital equivalent). You can’t to outgoing bank transfers of any kind as of right now. I know they say they are planning on implementing this *feature* soon, but as of right now you can’t. That’s a pretty big deal. I’ve signed up, I like the fact that there is a high interest savings account that… Read more »

Hi Tibb! Upsider here. Up currently supports Samsung Pay, and incoming Osko / PayId payments. It will soon support outgoing ones too. We are working on being able to add your card to Google Pay before receiving the physical version, and our customers with Apple phones can do this already with Apple Pay. In that scenario you can sign up, transfer some money into your account, provision your card into Apple Pay, and purchase something with your phone in the space of minutes. Thank you to everyone who takes Up for a spin! We have a section of our app… Read more »

How does one configure the inbound Osko / PayID stuff? I haven’t seen provision in the app for this?

The “Payment settings” item in the Up menu will let you activate your mobile number or email address (providing you’ve verified it).

Right you are – just found that!

I agree that Osko is mandatory, especially for someone like me, who has to pay family members each week. Interbank Transfers from Bendigo Bank wasn’t as quick as the big 4 when I last used them. I am less concerned with PayID, but that is a standard part of the Reserve Bank’s new Payment Platform (i.e. Osko) anyway.Plus Samsung Pay would be nice but not mandatory, as I have Galaxy Note 9 and Gear S3 Classic (Galaxy Watch is on my wish list!) While the need for the physical card to arrive is annoying, I would expect that the reason… Read more »

How can I trust this app and the company who developed this?