Nickelodeon Australia has announced that their Nick Jr. Play app for Android and iOS users has now launched with a bunch of great free content.

The free interactive app contains a lot of content for preschool aged kids, with games, videos, music and more included. There’s free content for anyone to access, but for Foxtel and Fetch subscribers, signing into their accounts unlocks a content library of over fifty episodes of PAW Patrol, Shimmer and Shine, Nella the Princess Knight and more.

Nickelodeon says there are over 400 videos included which includes over 50 full episodes of Nickelodeon’s current hit shows such as Sunny Day, Zoofari and a box set of every episode of PAW Patrol: Sea Patrol ever released in Australia and 10 episodes of Blaze and the Monster Machines. Nickelodeon also promise there will be refreshed content every day and new videos every week.

The app is bright, and features large touch targets allowing pre-school aged children to easily navigate their way through the app. There will be disappointment as they hit the exclusive content for Foxtel and Fetch subscribers, but there’s a fair bit of content here to keep them entertained.

Obviously you and your kids will get the most out of the app with a subscription, but it’s not a bad option for entertaining them for a few minutes. 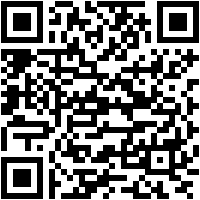