Community social network Nabo has notified its customers that the service will soon be closing its doors.  Users are being encouraged to sign up Nextdoor instead. The news of the closure comes after the Australian Financial Review reported back in August that Nabo’s major shareholders (including Fairfax Media, Reinventure, and Seven West Media) would sell the business to Nextdoor, which has only launched into the Australian market last month. From 8 November, the Nabo website will become read-only, meaning users won’t be able to post statuses or make comments or reviews. This will come ahead of a complete shutdown in December 2018. In a statement to users, the Nabo team have said:

“Saying goodbye to Nabo doesn’t mean saying goodbye to your neighbours. Sign up with Nextdoor to stay in touch with your community – it’s like moving to a new home, with new neighbours to meet and some familiar faces to welcome.”

The company published a FAQ page which gives some further information, including this statement:

“Due to specific circumstances and business considerations Nabo’s management team determined that the best course of action for Nabo and its members was to sadly close down the platform.”

Nextdoor is a USA-based community social media platform which Nabo had been modelled off essentially for the Australian market. The sale comes just a month after Nextdoor in Australia just last month. The company states its mission is:

“We created this company because we believe that the neighbourhood is one of the most important and useful communities in a person’s life. We hope that neighbours everywhere will use the Nextdoor platform to build stronger and safer neighbourhoods around the world.”

Users can (and are being recommended to) sign up and migrate over to Nextdoor, but users can, if they choose too, to delete their Nabo accounts altogether and not sign up to Nextdoor as well.

If you would like to check out Nextdoor, you can check out their website here or download their app directly from Google Play via the link below: 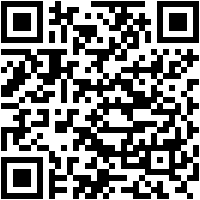 The idea of Nabo was okay but people didn’t need ‘yet another social network’; the core of local community discussion and recommendations are covered by Facebook groups anyhow.