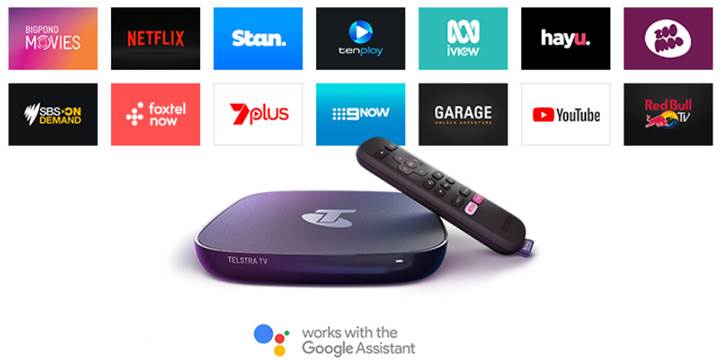 Telstra has announced the arrival of Voice Linking, a new feature that allows you to use the Google Assistant on your Google Home or smart speaker to control Telstra TV.

Setup is simple – Telstra TV is now listed as a supported device in the Google Home app, and you’ll find a Voice Linking button in the Telstra TV’s menu system that displays a code to link your device.

Once setup is complete, you can ask the Google Assistant to launch live TV channels and apps on Telstra TV – including turning the device on, which should also turn on most modern TVs.

The voice commands might take a little getting used to. They all end with “on the Telstra TV”, but controlling live TV requires you to say “tune to (channel name)” which is not quite the way you’d express the command in plain English. For example: “Hey Google, tune to ABC on the Telstra TV”. It’s a bit awkward, but it’s easily learned and it beats reaching for the remote control.

Telstra promises future catalog integration with the Google Assistant so you’ll be able to search for, find and play content using voice commands, and they’re also excited about the possibilities of adding Telstra TV to Google Assistant Routines (dim the lights, turn on the TV and run Netflix!)

Telstra TV’s Voice Linking feature is live now – if you want a hand setting it up, head over here for instructions.