It’s been some years since I read Colin Thiele’s great Australian novel Storm Boy, but if you’re wanting to step back into the world you can with the new interactive adventure story on Google Play.

The game is produced by Sydney based indie developers Blowfish Studios, who’ve previously launched Siegecraft on Android, as well as other great titles on consoles, as well as PC and in VR. Storm Boy is also coming to Nintendo Switch, Xbox and Playstation as well as Android and iOS, so you can check it out there as well.

The interactive adventure game puts you on the beautiful South Australian shoreline where you’ll play as Mike, the main character from the story developing a relationship with Mr Percival, the rescued Pelican. You’ll play through key moments in the novel, as well as taking part in mini games including sand drawing, sailing, cockle hunting, playing fetch, sand surfing, pelican feeding, and more.

The game is $4.89 to purchase, but there’s no in-app purchases beyond that. It’s a little expensive, but it also looks beautiful and well developed. It’s also Australian, so support your local developers.

It’s available now, so head over to Google Play and check it out. 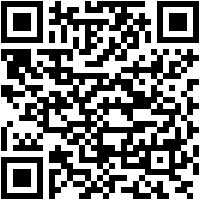