Home Mobiles Apps, Games & Google Services A month’s rain in a day for Sydney? Use these weather apps... Emergency services are encouraging commuters to reconsider the need for travel, and though the weather isn’t too bad at 6:30am, it’s predicted to get much, much heavier.

With that in mind we’ve put together some tech resources for you to refer to during this inclement weather, including some great Android weather apps and some places to keep updated with important changes which may arise.

Here’s some great places to keep an eye on what’s happening around Sydney in the weather. From social media, official government information to volunteer-driven alerts, there’s everything you need to safely get around Sydney during the big wet:

Once you’re up to date, here are some of the best weather apps around: Fairfax-owned WeatherZone is a commercial entity of its own, selling access to weather data to other companies to do with as they may, and of course offers its own app.

The WeatherZone app opens to a single-screen weather display with a major focus on its frequently-changing background (usually showing weather conditions, occasionally showing an ad). Current weather conditions fill the lower half of the screen and are slightly customiseable (on/off). The radar – which looks markedly different to the standard BOM rainfall radar – is on a separate screen accessed by a button-press.

WeatherZone sources some of its data from BOM, and seems to update well in the background, so its always got current data when you launch it. There’s a lot of options for local/national weather information, and alerts and notifications. The design is a little dated, but gets across the information it needs to.

The app really comes into its own on widget selection for your homescreen – there’s 4×2, 5×2 and 5×1 widgets that all show some variation of now/today/tomorrow (and the larger widgets support resizing and adapt well), while a 2×2 shows the radar, and a 2×1 that shows now/today. Widgets are easy to set up and configure. 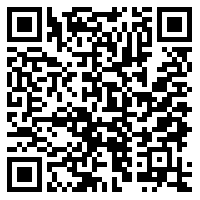 One website that many Australians would be familiar with is the Bureau of Meteorology, and in particular, the rain radars. When it rains unexpectedly, the ‘BOM’ has been a go-to for avoiding it.

However, the BOM is much more than this; Australia’s Bureau of Meteorology has been around for quite some time, and though their app for Android is a bit dated, it has one of the better data sources, being based on local observations and data collections around metropolitan and regional areas.

From the opening screen, users can readily see today’s weather, forecast, and at a glance what’s coming up later in the week as well as over the next 24 hours or so in more detail. Other screens quickly display information for state-based forecasting and interstate weather, and you can readily access alerts and of course the rain radars. As a whole when you’re trying to check the weather, you want to quickly get in, see what’s happening now, check to see what’s happening next and get out. This is the aim of AUS Rain Radar – Bom Radar, an app from indie developer Leon Calcutt, another app which hooks into the Bureau Of Meteorology (BOM) to get highly accurate local Australian weather.

The layout is simple with the current weather with temperature displayed at the top of a simple blue background. Below is information about chance of rain (%), ‘Feels like’ temperature’ and the high and low temp for the day. Tapping on the temperature brings up an expanded view of the temperature, as well as a seven day forecast.

The bottom half of the screen is taken up with a customisable rain radar with options to switch to through 64km, 128km, 256km or 512km diameter. This map can be customised with information including Range, Roads, Railways, Lakes, River Catchments and loads more in the ‘Map Features’ settings in the nav drawer and you can also add in the compass direction to your icon on the map as well.

The app itself is pretty great. Simple, yet informative and well laid out. There’s a lot of things missing though including any sort of push notification with warnings or a home-screen widget of any type. 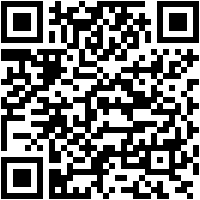 As an alternative, Aus Weather Australia really goes all in on the name, but it stands out and not just for the name, the app is good as well.

It’s fairly simple to use, the main screen is a scroll of data with the top showing the current temperature with a graphic indicating the type of weather and a background to match. The timeline of weather is included and a carousel at the bottom you can swipe through allows you to check the 7-day forecast. Tapping on a card in the carousel expands out the forecast.

Scrolling down you can expand the forecast, or scroll past that to the Rain forecast with a link to the map with Rain Radar, or even further down to see warnings including UV, Graziers alerts and more, or to the very bottom to visit the BoM. The Rain Radar map includes different distances, as well as rainfall options over different periods.

The big bonus for me is the access to widgets, with three widgets – Large, Small and a resizable option – available to add to the home screen. You can choose some customisation for Widget Theme (Dark, Transparent or Light), Text Colour (Black or White) and Transparency – and location can be automatic or specified.

The bonus for Aus Weather Australia if you’re into it is that it has a Chrome Extension available through the Chrome Web Store. We’ve covered it previously when the Beta launched, but it’s a fully fledged app now and it’s a great addition to an already great app. If you’re specifically looking for if it is going to rain in the direct vicinity of where you are at the time, Brolly is a great, simple, straightforward Aussie based app.

You missed one of the best weather apps, WillyWeather.

But great article Chris. Thanks for sharing.