As usual the CAD renders – based on designs likely sourced from case makers – are courtesy of Steve Hemmerstoffer through his @onleaks and frequent collaborator MySmartPrice. The photos and video supplied on the site give us a 360-degree view of the phone design, as well as some stats on the dimensions and ports.

The design appears to be a refinement of the Ambient Flow design language introduced with the Sony Xperia XZ2 earlier this year with a flowing curved back, though it appears more staid and blocky, more along the lines of their previous phones. The phone will measure 166.9 x 72.4 x 8.2mm, with a 6.5″ display included on the front, though the camera bump on the rear gets the thickness up to a full 9mm, so there’s a raised area on the rear.

The power button, volume rocker and the separate camera shutter button will all be mounted on the right-hand side of the phone, with the USB-C port at the bottom, and a SIM tray is at the top. Sony has one of THE best SIM Trays I’ve ever used, with no SIM tool required to open it, and the easily accessible tray still allowing previous phones to retain their IP65/68 rating. 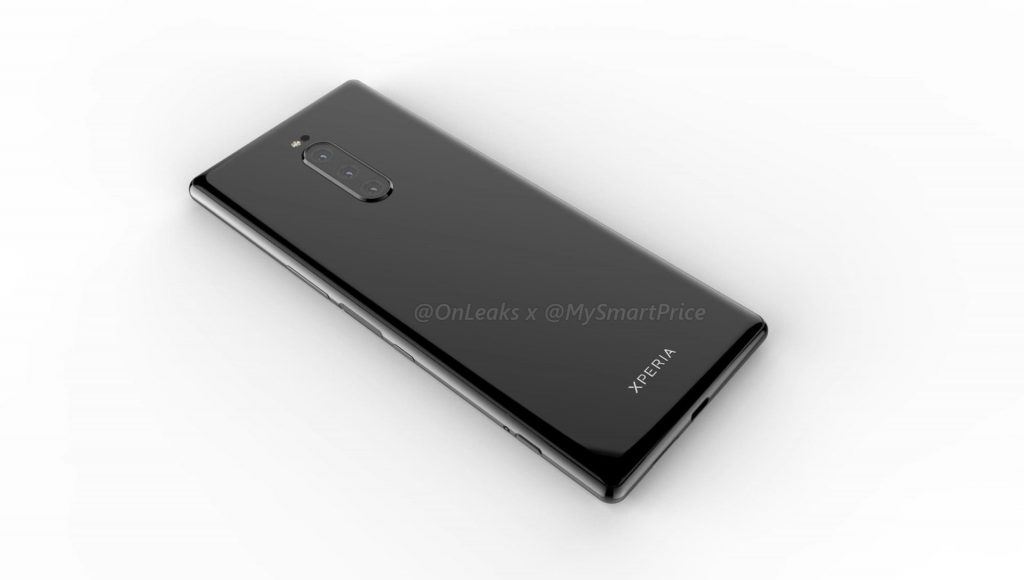 Timing wise, the phone should be announced at Mobile World Congress in February. We may see a Compact version of the XZ4 which would be great, but we’ll have to wait for the announcement.

There’s quite a few more renders of the phone over on the MySmartPrice website, or you can watch the render video below.

Would be great to get a phone with z3 sizes and hidden cameras for a true edge to edge screen that can actually fit in your hand!

I remember when we used to see the bigger premium models here , ahem …. sony ?

I like big wide flat screens , i just wish phone makers would at least give us the option to have the wider display instead of this stupid horrible narrow girly hand aspect ratio shallow ceiling when in landscape trendy crap !