Home Mobiles The Samsung Galaxy S10+ to arrive with not one but two holes... 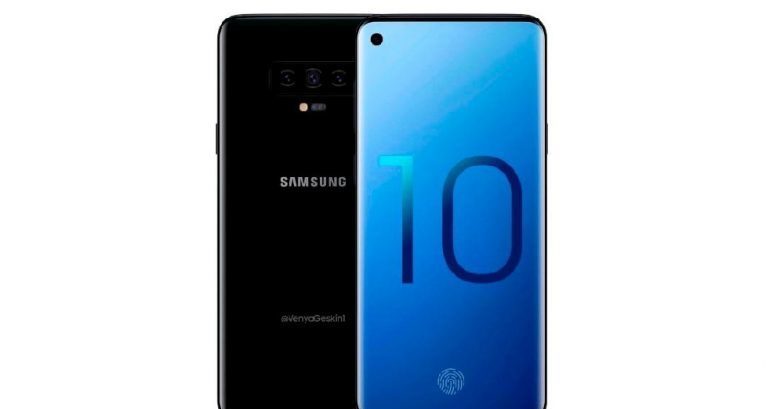 Although we are still only coming up on Christmas the rumours for the release of Q1 2019 phones is already beginning, especially for Samsung’s offerings. We have seen rumours and leaks that it will receive a display with a single hole in the display rather than a notch. Today there is a rumour that suggests that not all Galaxy S10 variants will receive the single hole in the display.

Samsung have displayed their different versions of a notch solution in recent times but it seems that there are variants on these as well. According to rumours the Samsung Galaxy S10+ will not only have three cameras on the rear of the device but two on the front. Of course multiple front-facing cameras necessitates multiple display holes as well.

The Galaxy S10 Lite, S10, and S10+ are all Hole in Super AMOLED screens, but the S10+ has dual front cameras, so the hole design is slightly different.

Dual front-facing cameras requires dual display holes. It is unknown whether the cameras will be side by side or on opposite sides of the display. Aesthetics surely would prefer to have them on opposite sides of the display but will that help or hinder the front-facing camera operation. A separation may increase the difference between the two cameras helping the Bokeh effect? (let me know in the comments below if you have the low down on Bokeh creation)

With the Samsung Galaxy S10+ expected to arrive with an in-display fingerprint sensor, triple rear facing cameras and now a dual front-facing camera setup without a notch but instead hidden (hopefully) small display cutouts it is set to be an impressive device.

Samsung have had limited success this year with their “safe” Galaxy S9 series of phones so some innovation next year should set them back on their usual path of Android dominance.

Why does it need two holes? The tweet doesn’t say that at all. Just says it needs a different design.. Perhaps more oval shaped?