For the 15th year in a row, Google has launched their Santa Tracker which has more recently morphed into a whole village featuring games and more in the lead-up to Christmas Eve, at which time it fulfils its primary mission of becoming a tracker to follow the jolly red fat man as he transits the globe delivering presents.

There’s a bunch of games included like Gumball, Memory, Rocket Sleigh, Dasher Dancer, City Quiz and loads more. The games are all linked in with Google Play Games integration giving you achievements and leaderboards.

You can get a little more creative with the personalised elf creator which lets you create yourself as an elf. For those with a good knowledge of geography you can also test your knowledge identifying cities from photos uploaded by Google Local Guides. The local knowledge quizzes continue with test of various regional ‘holiday’ customs.

For those that enjoy stickers, Google has also launched new sticker packs inside GBoard for Android and iOS to give you another way of spreading some festive cheer.

Of course the aim of the game is tracking Santa and from December 23rd, at which time the locked section in the app will unlock, and you can then ask Google Assistant “Hey Google, where’s Santa?”. The Assistant will also tell you ‘holiday’ stories and translate “Season’s Greetings” or “Happy New Year” into other languages.

The Santa Village is live now on the web at santatracker.google.com/village or you can download the Android (or iOS) app. 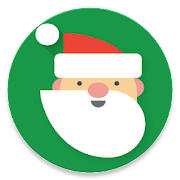